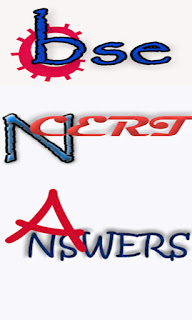 Ans: - The author spotted a roll-top desk in the junk shop in Birdport, Dorset, England. The roll-top desk was of early nineteenth century and it was made up of oak wood.

Ans: - The roll-top desk that the author spotted in the junkshop was in a bad condition. The roll-top desk was broken in several pieces, one leg was clumsily mended and there was scorch marks all down one side. Besides, the Veneer had lifted almost everywhere because of water.

Ans: - When the author opened the last drawer with brute force, he found another secret drawer in there. The author reached in and found a small black tin box. On the top of the box there was, a lined notepaper cello-taped on the top and on it, there was written “Jim’s last letter, received 25, 1915. To be buried with me when the time comes.”

Ans: - This line reflects how curiosity of us defeats our scruples i.e. the morality which makes us reluctant to do something that may be wrong. Here the poet talks about the box which aroused his curiosity to open it. .Though his morality made him feel that opening the box of someone is incorrect, he could not contain himself and opened the box.

Ans: - The day which was talked about by Jim Macpherson was Christmas morning. Jim and other soldiers were standing in there trenches. It was crisp quiet and very beautiful morning. According to Jim it resembled cold and frosty as Christmas morning should be.

Ans: - Here Jim Macpherson regrets over the fact that they could not initiate the very noble work that their enemies did. On the Christmas morning the Germans wished the Christmas first and offered to celebrate the day they do on Christmas days.

Ans: - On the Christmas morning, 25th December 1914 the Fritz i.e. the Germans and British were facing each other in the battleground expecting bloodshed. But the day begin a pious one, they decided to observe in utmost brotherhood forgetting enmity. Across no man’s land from the side of the Germans some waved a white flag and wished the British solders ‘Happy Christmas, Tommy! Happy Christmas!’

Ans: - When the Germans wished the British solders Christmas, the British soldiers were perplexed for moment for this unexpected wish, and then realising the true spirit of the wish instinctively they wished back ‘Same to you Fritz! Same to you!’

Ans: - This statement was made by one of the soldiers. It was made so because after wishing Christmas one of the German soldiers got up on the parapet in grey great coat and started waving a white flag.

Ans: - This has been witnessed many times that soldiers employ various means to win a battle. Here in the story in a battle situation when German soldiers surprisingly wished Christmas and stood on the parapet with the purpose of meeting them, this aroused suspicion and the British officer Jim Macpherson thought this to be trick and warned his solders.

Ans: - Germans made the start to celebrate Christmas. One of the Germans started to wave a bottle over his head and said, “It is Christmas Day, Tommy”. And then they mentioned about schnapps and sausage and asked to meet them. After this in a short while dozens of Germans started to move towards the British solders through no man’s land.

Ans: - When the Germans first started to approach, the first English soldier who responded was Little Private Mooris. He gave a call to all other soldiers and they responded. Jim Macpherson even did not feel to stop them. All he could see had been men walking slowly towards one another grey coats and khaki coats meeting in the middle.

Ans: - Jim Macpherson writes his wife about his inexplicable feeling when he met the German soldier. The German officer approached hand outstretched and gripping Jim’s hand warmly said, “Hans Wolf I’m from Dusseldorf. I play the cello in the orchestra. Happy Christmas.” Then Jim Macpherson also replied, “Captain Jim Macpherson, And Happy Christmas to you too. I’m a school teacher from Dorset, in the west of England.”

Ans:- Hans Wolf had never been to England or Dorset. But in spite of being a German, he spoke perfect English. The Jim got to know that he had learned about Dorset, England and English from his school and reading books in English.

Ans: - Hans Wolf’s favourite book was “Far From the madding Crowd” (Forth novel of Thomas Hardy- 1874) written by Thomas Hardy (Famous English Novelist). In no man’s land they were discussing about the characters like Bathsheba, Gabriel Oak and Sergeant troy of Far From the Madding crowd.

Ans:-  Hans Wolf and Jim Macpherson enjoyed food they had in spite of being enemy. They shared Jim’s rum ration and Hans Wolf’s excellent sausage. Later on, they shared Connie’s left bit of Christmas cake. Hans Wolf complimented the marzipan to be best he had ever tasted.

Ans: - This sentence is the most striking sentence in the whole story. Generally enmity comes to two persons or groups for having strong disagreement over an issue or issues. But here in the story both Hans Wolf and Jim Macpherson had no disagreement over anything. Rather they agreed about everything .They were enemies because they were made enemies by the leaders and warlords of their countries.

Ans: - When both the German and British soldiers were enjoying Christmas, smoking, laughing, talking, drinking and eating someone brought out a football. They used the great coats dumping in piles to make goal posts. Then there was the battle of football between Tommies against Firtzs.

Ans: - When the Tommies and the Fritzs started playing football match, they enjoyed it to the utmost. They looked on and cheered clapping their hands and stamping their feet to enjoy the match and to keep out the cold as much as anything.

Ans: - When the football match was going on, suddenly Hans Wolf commented that football match was the way to resolve the war. He reasoned that in a football match no one dies. No children are orphaned and no wives become widows. Indeed Hans Wolf was right. War cannot be the solution. Rather it gives birth to another war. War means bloodshed, loss and pain.

Ans: - According to Jim Macpherson to resolve a war or dispute between the British and Germans, he would prefer cricket instead of football match. He would do so because he knew that Germans are stronger in football match; but they are dumb in the skills of cricket. So the British would be sure of wining the match.

Ans:-  In the football match Germans defeated the British to two goals to one. But Hans Wolf opined that the result was not fair because the goal of the British was wider than the Germans.

Ans:-  As the Christmas day got over and all knew that it was all over  Jim said that they would meet their family soon and fighting would end soon and all could go home. In reply Hans Wolf said, “I think that is what every solder wants, on both sides.” Then again Hans Wolf said, “Take care Jim Macpherson, I shall never forget this moment nor you.”

31.   How did Jim Macpherson end his letter?

Ans: Jim ended the letter with an optimistic tone. He said his wife that by the next year this war will be nothing but a distant and terrible memory and he realized from the incident of the Christmas day that both the armies longed for peace. Jim promised that they would be together again soon.

32. What did the author do the next morning?

Ans: When the author reached House no. 12, he found that to be nothing but a burned out shell. The roof of the house was in a gaping state. The windows were boarded up. Evidently no one was present in the house.

34.  What information did the author get from the neighbor about Mrs. Macpherson?

Ans: When the author found the house no 12 burned and deserted, he asked a neighbour about the whereabouts of Mrs. Macpherson. The neighbour knew her and considered her a lovely old lady, but a bid muddle headed. He reasoned that at the age of hundred and one years, one must be muddled headed.

35.   How was the house of Mrs. Macpherson burned?

Ans: No one really knew how the fire started but it is doubted that the reason of the fire was candles. Mrs. Macpherson preferred candles than electricity because she always thought electricity to be expensive. She was inside her house when it was on fire. The firemen had got her out just in time saving her life.

36. What was the atmosphere of the Burlington House Nursing Home when the author reached there?

Ans: When the author reached the Burlington House Nursing Home, he found everyone to be in the festive mood. There were paper chains in the hallway and lighted Christmas tree. Stood on the corner with a lopsided angel on top, the author expressed the purpose of his visit. He found that in the dining room everyone along with the Matron was wearing a paper cap and singing.

37.  What did the Matron inform author?

38. How did the author find Mrs. Macpherson in the conservatory?

Ans: When the author saw Mrs. Macpherson in the conservatory, she was sitting in a wheel chair, her hands folded in her lap. She had silver white hair pinned into a wispy bun. She was gazing out at the garden.

39. Briefly note down the initial reaction of Mrs. Macpherson after seeing the tin box?

Ans: The author wished Mrs. Macpherson merry Christmas and gave the tin box to her. She did not reply back and her eyes lit back with recognition and her face became suffused with a sudden glow of happiness. The author explained her about the desk and everything about it but she was not listening. She said nothing and stroked the letter tenderly with her fingertips.