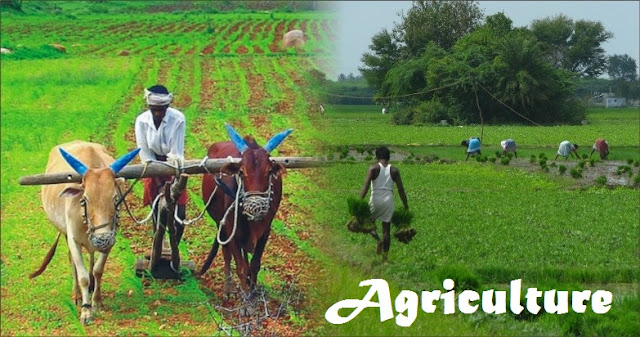 2. Answer the following questions in 30 words.
(i) Name one important beverage crop and specify the geographical conditions required for its growth.
(ii) Name one staple crop of India and the regions where it is produced.
(iii) Enlist the various institutional reform programmes introduced by the government in the interest of farmers.
(iv) The land under cultivation has got reduced day by day. Can you imagine its consequences?

i)Tea is an important beverage crop and specify the geographical conditions required for its growth. This plant grows well in tropical or sub tropical climates, and deep and fertile well-drained soil which is rich in humus and organic matter. Frequent showers evenly distributed over the year ensure continuous growth of tender leaves.

ii) Rice is a staple food crop of India. It grows in the plains of north and north-east India, coastal areas and the deltaic regions.

iii) The various institutional reform programmes introduced by the government for the benefit of farmers are:

iv) If land under cultivation is reduced day by day, we will be facing these consequences:

a) Shortage of supply of raw material for agro-industries.
b) Food shortage for the rising population.
c) Rise in price of food grains.
d) Adverse affect on export trade as agricultural products comprise a major section of international trade.

3. Answer the following questions in about 120 words.
(i) Suggest the initiative taken by the government to ensure the increase in agricultural production.
(ii) How did the partition of the country in 1947 affect the jute industry?
(iii) Describe the impact of globalisation on Indian agriculture.
(iv) Describe the geographical conditions required for the growth of rice.
ANSWER : -

i) Various initiatives taken by the government to ensure the increase in agricultural production are:

a) Establishment of agricultural universities.
b) Establishment of veterinary services and animal breeding centres.
c) The rural infrastructure was improved.
d) Development of horticulture.
e) Land Reform was the main focus of our ‘First Five Year Plan’.
f) Minimum Support Price policy, provision for crop insurance, subsidy on agricultural inputs and resources such as power and fertilizers, Grameen Banks, Kissan Credit Card and Personal Accident Insurance Scheme are also some of the reforms bought by Indian Government.

(ii) The impact of globalisation on Indian agriculture has been felt since colonial times. Raw cotton and spices were important export items from India. Post liberalisation, Indian farmers face new challenges in the form of competition from highly subsidised agriculture of developed nations. Indian farmers are now facing more challenges because of globalization. Many developed countries provide various subsidies to their farmers. India has reduced import duties on various items because it is one of the signatories of WTO. This has increased competition from international agricultural products.

(iii) The geographical conditions required for growth of rice are as follows :

a) It is a kharif crop and requires hot and humid climate for cultivation.
b)Temperature above 25°C and high humidity with annual rainfall above 100 cm.
c) In the areas of less rainfall, it grows with the help of irrigation.
d) Its growing season in June-July.
e) Rice is grown in the plains of north and north-eastern India, coastal areas and the deltaic regions.
f) Plenty of cheap labour as most of the farming involves manual labour. 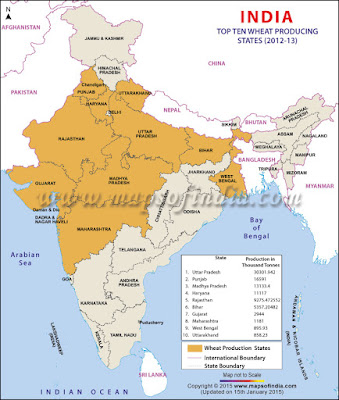