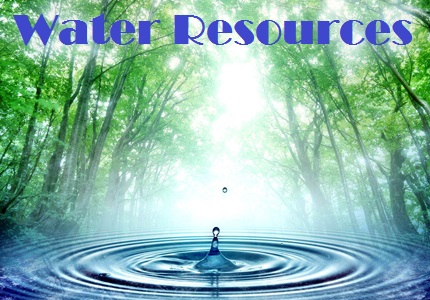 (iii) Here are some false statements. Identify the mistakes and rewrite them correctly.
(a) Multiplying urban centres with large and dense populations and urban lifestyles have helped in proper utilisation of water resources.
(b) Regulating and damming of rivers does not affect the river's natural flow and its sediment flow.
(c) In Gujarat, the Sabarmati basin farmers were not agitated when higher priority was given to water supply in urban areas, particularly during droughts.
(d) Today in Rajasthan, the practice of rooftop rainwater water harvesting has gained popularity despite high water availability due to the Rajasthan Canal.

ANSWER:- (a) Multiplying urban centres with large and dense populations and urban lifestyles have caused the over exploitation of water resources.
(b) Regulating and damming of rivers affect their natural flow and causes the sediment to settle at the bottom of the reservoir.
(c) In Gujarat, the Sabarmati basin farmers were agitated when higher priority was given to water supply in urban areas, particularly during droughts.
(d) Today in Rajasthan, the practice of rooftop rainwater harvesting is on the decline due to the Rajasthan canal.

2)Answer the following questions in about 30 words.
(i) Explain how water becomes a renewable resource.
(ii) What is water scarcity and what are its main causes?
(iii) Compare the advantages and disadvantages of multi- purpose river projects.

(ii) Water scarcity or water stress occurs when water availability is not enough to match the demand for water. it is caused by an increase in population, growing demand for water, and unequal access to it.

(iii) Multipurpose river projects help in irrigation, electricity production, flood control, inland navigation and fish breeding. However, the reservoirs destroy local flora and fauna. Many native villages are submerged, and people lose their livelihood, with little or no hope of rehabilitation. 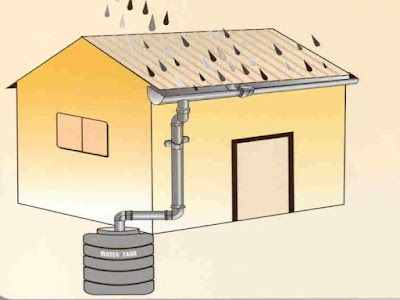 ANSWER: - i) Houses in the semi arid regions of Rajasthan have traditionally constructed tanks for storing drinking water. They are big and are a part of the well-developed rooftop rainwater harvesting system. The tanks are constructed inside the main house or the courtyard, and are connected to the sloping roofs of the houses through a pipe. The rain falling on the rooftop travels down and is stored in the tanks. The first spell of rain is not collected as this water cleans the roof and the pipes. The rainwater from the subsequent spells is collected. This water is used till the next rainy season, and is a reliable source of water even after other sources have dried up. The tanks also help in cooling the houses as rooms built around them have generally low temperatures due to conduction.