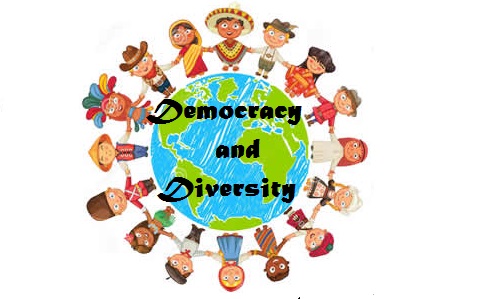 1. Discuss three factors that determine the outcomes of politics of social divisions.

Answer :- There are three factors which are crucial in deciding the outcomes of politics of social divisions.

b) Representation of a community by political leaders: While representing a community, if politicians raise demands that are constitutional, then it is easier to accommodate those demands.

c) The government's reaction: The outcome of politics of social divisions also depends upon how the government responds to demands of various social groups. 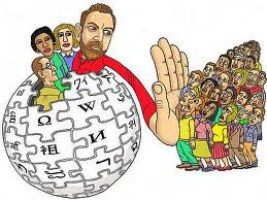 3. How do social divisions affect politics? Give two examples.

a)     One example is of Northern Ireland where religious divisions led to ethno-political conflict. Two major sects of Christianity: 53% Protestants and 44% Catholics dominate the country. The Catholics wanted Northern Ireland to join the Republic of Ireland and the Protestants wanted to remain with UK. This led to years of violence where thousands were killed. Only in 1998, peace returned when the UK government and the Nationalists reached a peace treaty and stopped all violence.

b)     The second example is of Yugoslavia where the political parties refused to accommodate each other. Each ethno-religious group wanted to dominate the other. Result – disintegration of Yugoslavia into seven independent countries.

Answer: - (d) Democracy always leads to disintegration of society on the basis of social divisions.

6. Consider the following three statements.
A. Social divisions take place when social differences overlap.
B. It is possible that a person can have multiple identities.
C. Social divisions exist in only big countries like India.
Which of the statements is/are correct?
(a)   A, B and C (b) A and B (c) B and C (d) Only C

7. Arrange the following statements in a logical sequence and select the right answers by using the code given below.
A. But all political expression of social divisions need not be always dangerous.
B. Social divisions of one kind or the other exist in most countries.
C. Parties try to win political support by appealing to social divisions.
D. Some social differences may result in social divisions.
(a) D, B, C, A (b) D, B, A, C (c) D, A, C, B (d) A, B, C, D

8. Among the following, which country suffered disintegration due to political fights on the basis of religious and ethnic identities?
(a) Belgium (b) India (c) Yugoslavia (d) Netherlands

9. Read the following passage from a famous speech by Martin Luther King Jr. in 1963. Which social division is he talking about? What are his aspirations and anxieties? Do you see a relationship between this speech and the incident in Mexico Olympics mentioned in this chapter?

“I have a dream that my four little children will one day live in a
nation where they will not be judged by the colour of their skin
but by the content of their character. Let freedom ring. And when
this happens, and when we allow freedom ring—when we let it
ring from every village and every hamlet, from every state and
every city, we will be able to speed up that day when all of God’s
children—black men and white men, Jews and Gentiles,
Protestants and Catholics—will be able to join hands and sing in
the words of the old Negro spiritual: ‘Free at last! Free at last!
Thank God Almighty, we are free at last!’ I have a dream that
one day this nation will rise up and live out the true meaning of
its creed: ‘We hold these truths to be self-evident: that all men
are created equal’.”

Answer :- There is mention of racial discrimination in the speech of Martine Luther King Jr in USA. He is referring to the segregation policies adopted by the Whites towards the Coloured people. He aspires for a country where there will be security for all; where racial abuse will not occur; and where everyone will be treated as equal irrespective of the colour of their skin. This speech and the incident at the Mexico Olympics are both part of a movement that wanted to highlight the plight of the African-American people.