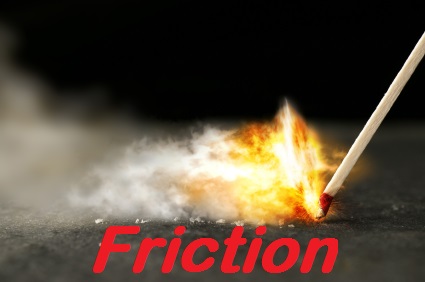 1) Fill in the blanks.
(a) Friction opposes the __motion__ between the surfaces in contact with each other.
(b) Friction depends on the __nature__ of surfaces.
(c) Friction produces __heat__.
(d) Sprinkling of powder on the carom board __reduces__ friction.
(e) Sliding friction is __less__ than the static friction.

4)Suppose your writing desk is tilted a little. A book kept on it starts sliding down.
Show the direction of frictional force acting on it.

5)You spill a bucket of soapy water on a marble floor accidentally. Would it make it easier or more difficult for you to walk on the floor? Why?

ANSWER:- The force of friction between the ground and feet decreases when there is soapy water spilled on the floor. Hence, it becomes difficult to walk on the soapy floor.

6)Explain why sportsmen use shoes with spikes. 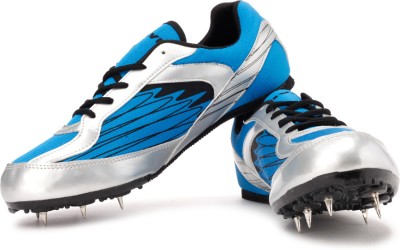 ANSWER:-Sportsmen use shoes with spikes because these shoes give them a better grip while running. This is because the force of friction between the shoes and the ground increases with the help of spikes.

7)Iqbal has to push a lighter box and Seema has to push a similar heavier box on the same floor. Who will have to apply a larger force and why?

8)Explain why sliding friction is less than static friction.

ANSWER:-Friction comes into play when irregularities present in the surfaces of two objects in contact get interlocked with each other. In sliding, the time given for interlocking is very small. Hence, interlocking is not strong. Therefore, less force is required to overcome this interlocking.

9) Give examples to show that friction is both a friend and a foe.

Advantages of friction:
(i) We are able to walk because of friction.
(ii) Friction between the tip of the pen and a paper allows us to write.

Disadvantages of friction:
(i) Tyres and soles of shoes wear out because of friction.
(ii) Friction between the different parts of machines produces heat. This can damage the machines.

10)Explain why objects moving in fluids must have special shapes.

ANSWER:-When a body moves through a fluid, it experiences an opposing force which tries to oppose its motion through the fluid. This opposing force is known as the drag force. This frictional force depends on the shape of the body. By giving objects a special shape, the force of friction acting on it can be minimised.