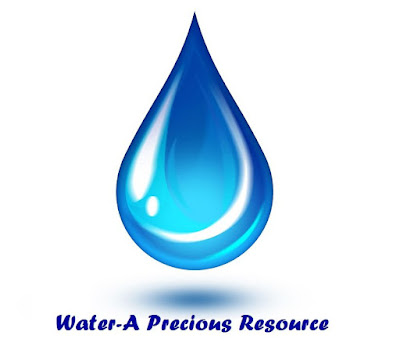 1) Mark ‘T’ if the statement is true and ‘F’ if it is false:
(a) The freshwater stored in the ground is much more than that present in the rivers and lakes of the world. (T)
(b) Water shortage is a problem faced only by people living in rural areas. (F)
(c) Water from rivers is the only source for irrigation in the fields. (F)
(d) Rain is the ultimate source of water. (F)

2) Explain how groundwater is recharged.

ANSWER:-The rainwater and water from other sources such as rivers and ponds seeps through the soil and fills the empty spaces
and cracks deep below the ground. The process of seeping of water into the ground is called infiltration. The groundwater thus gets recharged by this process.

3) There are ten tubewells in a lane of fifty houses. What could be the long term impact on the water table?

ANSWER:-If the people of the fifty houses use the ten tube wells, then the water required by them is drawn from the ground. If these tube wells are used for long time, then the ground water would be reduced and the water table would go down.

4) You have been asked to maintain a garden. How will you minimise the use of water?


ANSWER:- To maintain a garden, water is necessary. Therefore, to minimise the use of water, we can apply the drip irrigation method. 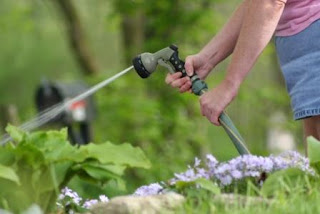 In this method, water is supplied directly to the base of the plants using narrow pipes, thereby reducing the loss of water.

5) Explain the factors responsible for the depletion of water table.

ANSWER:-Factors responsible for the depletion of water level:
(i) Increase in the demand of water due to overpopulation.
(ii) Deforestation leads to less rainfall which affects the recharge of river and pounds.
(iii) Increase the number of industries as they use a lot of water for their purpose.
(iv) Insignificant uses in agriculture activities as in many parts of the world people use old techniques which waste a lot of water.
(v) Lack awareness in people is also a main reason behind the depletion of water level as they waste water without any uses.

6) Fill in the blanks with the appropriate answers:

(a) People obtain groundwater through tube wells and hand pumps .
(b) Three forms of water are ice, water and vapour .
(c) The water bearing layer of the earth is aquifer .
(d) The process of water seepage into the ground is called infiltration

7) Which one of the following is not responsible for water shortage?
(i) Rapid growth of industries
(ii) Increasing population
(iii) Heavy rainfall
(iv) Mismanagement of water resources 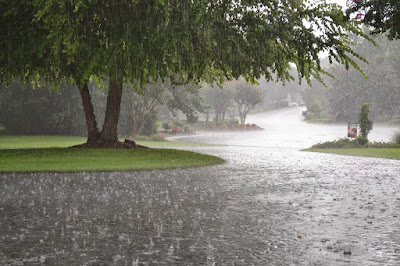