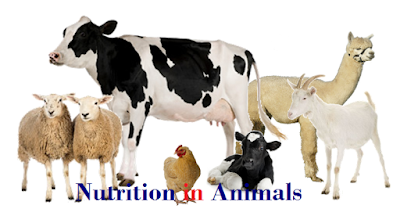 (a) The main steps of nutrition in humans are ingestion, digestion, absorption, assimilation and egestion .
(b) The largest gland in the human body is liver.
(c) The stomach releases hydrochloric acid and digestive juices which act on food.
(d) The inner wall of the small intestine has many finger-like outgrowths called villi.
(e) Amoeba digests its food in the food vacuole

ANSWER :-( a) Digestion of starch starts in the stomach. (F)
(b) The tongue helps in mixing food with saliva. (T)
(c) The gall bladder temporarily stores bile. (T)
(d) The ruminants bring back swallowed grass into their mouth and chew it for some time. (T)

4) Match the items of Column I with those given in Column II :

5) What are villi? What is their location and function?

ANSWER:-Villi are tiny finger-like projections originating from the walls of the small intestine. They increase the surface area for absorption of the digested food. The blood vessels present inside the villi can absorb the nutrients from the digested food.

6) Where is the bile produced? Which component of the food does it help to digest?

ANSWER:-Liver secretes the bile juice which is stored in the gall bladder. Bile plays an important role in the digestion of fats.

7) Name the type of carbohydrate that can be digested by ruminants but not by humans. Give the reason also.

ANSWER:-Cellulose is a type of carbohydrate that can be digested by ruminants and not by humans.

8) Why do we get instant energy from glucose?

ANSWER:-Glucose is a simple sugar. Carbohydrates, when consumed, have to be digested into glucose. As glucose can be easily absorbed in blood, it provides energy to the body. Hence, when glucose is directly taken, it does not have to be digested and thus acts as an instant source of energy.

10) Write one similarity and one difference between the nutrition in Amoeba and human beings.

ANSWER:-
Similarity: The basic process of digestion of food and release of energy is the same in amoeba as well as in human beings. In amoeba, Digestive juices are secreted into the food vacuole. They act on the food and break it down into simpler substances. Gradually the digested food is absorbed. Similarly, in human beings various digestive juices (mouth, stomach, intestine etc.) act on food and break it down to simpler substances. 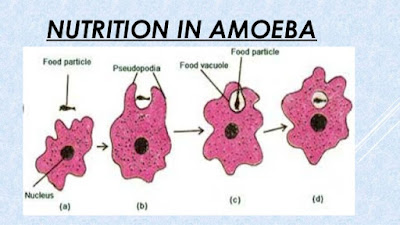 Difference: The digestion process in amoeba is simple while in human beings it s a complex process. The process of ingestion and egestion are also quite different. Amoeba engulfs its food by surrounding the food particle with its pseudopodia. The undigested food which is largely carbon dioxide gas is expelled outside by the vacuole. While in human beings, the food (which is complex substance) is taken inside the mouth and undergoes a complex process of digestion and absorption. Finally the undigested food it expelled in the form of faeces.

12) Label the following figure of the digestive system. 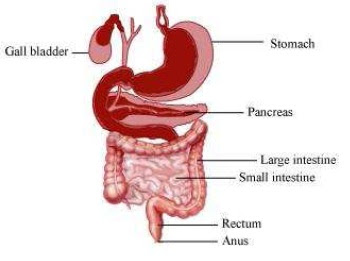