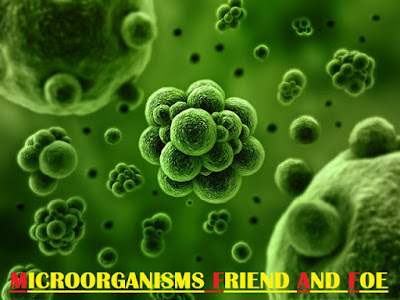 Fill in the blanks
(a) Microorganisms can be seen with the help of a _ microscope _.
(b) Blue green algae fix __nitrogen _ directly from air to enhance fertility of soil.
(c) Alcohol is produced with the help of _ yeast_.
(d) Cholera is caused by _ bacteria_.

4) Can microorganisms be seen with the naked eye? If not, how can they be seen?

ANSWER:-Micro-organisms are too small to be seen through naked eyes. They can be seen with the help of a magnifying glass or microscope.

5) What are the major groups of microorganisms? 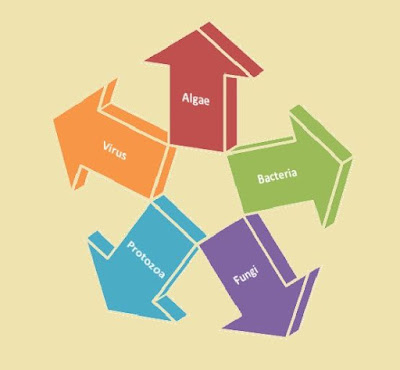 (i) Bacteria − They are single celled disease -causing micro-organisms. They can be spiral or rod- shaped.

(iii) Protozoa − They mainly include organisms such as Amoeba, Plasmodium,etc. They can be unicellular ormulticellular.

(iv) Virus −Viruses are disease-causing microbes that reproduce only inside the host organism.

(v) Algae − They include multicellular, photosynthetic organisms such as Spirogyra, Chlamydomonas, etc.

6) Name the microorganisms which can fix atmospheric nitrogen in the soil.

ANSWER:-Bacteria such as Rhizobium and certain blue- green algae present in the soil can fix atmospheric nitrogen

7) Write 10 lines on the usefulness of microorganisms in our lives.

Lactobacillus is used to form curd from milk.

Rhizobiums present in the roots of pulse plants fix nitrogen from air and supply nitrogen compounds to the pulse plants. They are used in winemaking, baking, pickling, and other food making processes.

Microbes also play an important role in the preparation of medicines. Antibiotics are chemicals produced by micro-organisms to kill bacteria.

Alcoholic fermentation by yeast is widely used in the preparation of wine and bread.

Bacteria present in our intestine helps in proper digestion and release Vitamin B which is absorbed by intestine.

Yeast is used in making idlis, bread, pastries and cakes.

8) Write a short paragraph on the harms caused by microorganisms.