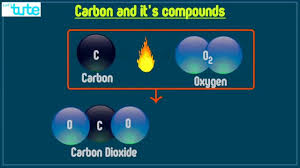 2) Butanone is a four-carbon compound with the functional group
(a) Carboxylic acid.
(b) aldehyde.
(c) ketone.
(d) alcohol.

ANSWER:-While cooking, if the bottom of the vessel is getting blackened on the outside, then it means that the fuel is not burning completely.

4) Explain the nature of the covalent bond using the bond formation in CH3Cl.

ANSWER:-Carbon neither gains nor looses electrons as it has a valency of four .it completes its octet by sharing its four electrons with other carbon atoms or with atoms of other elements. The bonds that are formed by sharing electrons are known as covalent bonds. In covalent bonding, both the atoms share the valence electrons, i.e., the shared electrons belong to the valence shells of both the atoms. Here, carbon requires 4 electrons to complete its octet, while each hydrogen atom requires one electron to complete its duplet. Also, chlorine requires an electron to complete the octet. Therefore, all of these share the electrons and as a result, carbon forms 3 bonds with hydrogen and one with chlorine. 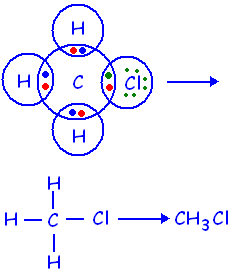 6) What is a homologous series? Explain with an example.

ANSWER:-A homologous series is a series of carbon compounds that have different numbers of carbon atoms but contain the same functional group.

Example:-The general formula
of this series is CnH2n+2.
Methane CH4
Ethane CH3CH3
Propane CH3CH2CH3
Butane CH3CH2CH2CH3
It can be noticed that there is a difference of −CH2 unit between each successive compound.

7) How can ethanol and ethanoic acid be differentiated on the basis of their physical and chemical properties?

ANSWER:-Ethanol is a liquid at room temperature with a pleasant odour and ethanoic acid has vinegar-like smell.
Ethanoic acid reacts with metal carbonates and metal hydrogen carbonates to form salt, water, and carbon dioxide gas while ethanol does not react with them.

8) Why does micillie formation takes place when soap is added to water? Will a micillie be formed in other solvents such as ethanol also?

ANSWER:- Due to the molecules that have a unique orientation that keeps the hydrocarbon portion out of the water micillie formation takes place. 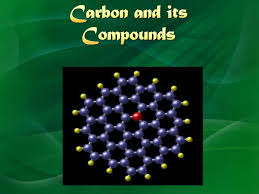 9) Why are carbon and its compounds used as fuels for most applications?

ANSWER:-Carbon and its compounds are used as fuels for most applications as because most of the carbon compounds give a lot of heat and light when burnt in air. Saturated hydrocarbons burn with a clean flame and no smoke is produced.

10) Explain the formation of scum when hard water is treated with soap.

ANSWER:-Soap does not work properly when the water is hard. A soap is a sodium or potassium salt of long chain fatty acids. Hard water contains salts of calcium and magnesium. When soap is added to hard water, calcium and magnesium ions present in water displace sodium or potassium ions from the soap molecules forming an insoluble substance called scum.

11) What change will you observe if you test soap with litmus paper (red and blue)?

ANSWER:-It will turn red litmus blue. However, the colour of blue litmus will remain blue.

12) What is hydrogenation? What is its industrial application?

ANSWER:-Process of addition of hydrogen is known as hydrogenation. Hydrogenation is widely applied to the processing of vegetable oils and fats. 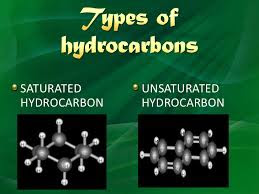 14) Give a test that can be used to differentiate chemically between butter and cooking oil.

15) Explain the mechanism of the cleaning action of soaps .

ANSWER:- A soap molecule has two parts, a head and a tail i .e. the long chain organic part and the functional group –COO Na .The organic part is water insoluble but is soluble in organic solvents or in oil or grease . The ionic part is soluble in water, as water is a polar solvent. When soap is added to water in which dirty clothes are soaked, the two parts of the soap molecule dissolve in two different mediums. The organic tail dissolves in the dirt, grime or grease and the ionic head dissolves in water. When the clothes are rinsed or agitated, the dirt gets pulled out of the clothes, by the soap molecule. In this way soap does its cleaning work on dirty and grimy clothes or hands.
The soap molecules actually form a closed structure because of mutual repulsion of the positively charged heads. This structure is called a micelle. The micelle pulls out the dirt and grime more efficiently .