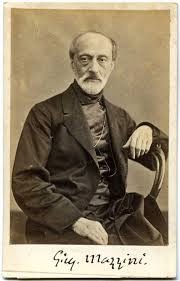 Mazzini was an Italian revolutionary. He became a member of the secret society of the Carbonari. He attempted a revolution in Liguria, but was captured & sent to exile in 1831. He subsequently founded two secret organisations

The societies had a vast base with members from many countries like Poland, France, Italy & the German states. He believed that God had intended nations to be the natural units of mankind. So Italy could not continue to be epoch of small states & kingdoms. It had to be forged into a single unified republic within a wider alliance of nation.

Cavour became the chief minister of piedmont in 1852. His main aim was to effect the emancipation of Italy from Austria. He was neither a revolutionary nor a democrat. But he is known as the ‘real maker of Italy’. Through a tactful diplomatic alliance with France, he succeeded in defeating the Austrian forces in 1859. 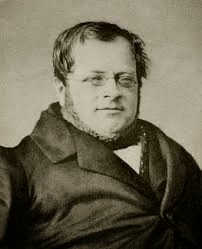 ii)                  The growth of revolutionary nationalism in Europe sparked off a struggle for independence amongst the Greeks which began in 1821.

iii)                Nationalist in Greece got support from other Greeks living in exile & also form many west Europeans, who had sympathised for the ancient Greek culture.

iv)                Poets & artists landed Greece as the cradle of European civilization mobilised public opinion to support its struggle against a Muslim empire.

It is the name of German National Assembly founded during the Revolution of 1818 that tried to unite Germany in a democratic way. The assembly was attended by 831 deputies. The members had drafted the constitution for a new German nation. The new constitution was rejected by Friedrich William IV, the King of Prussia. Though the Frankfurt Parliament failed to unite Germany, it had far-reaching consequences of Germany.

2. What steps did the French revolutionaries take to create a sense of collective identity among the French people?

Ans:- The first clear cut expression of nationalism come in France with the French Revolution in 1780.

i)                    The introduction of La Patric (the father land) & Le citoyen (the citizen) emphasised the nation of a united community enjoying equal rights under a constitution.

3. Who were Marianne & Germania, what was the importance of the way in which they were portrayed ?

2)      The female form that was chosen to personify the nation did not stand for any particular woman in real life, rather it sought to give an abstract idea of the nation in a concrete form.

3)      Even after the French Revolution artists use the female allegory to portray ideas such as liberty, Justice & the republic.

4)      These ideals were represented through specific objects, or symbols. The attributes of liberty were the red cap, or the broken chain, while justice was generally a blind folded women, carrying a pair weighing scales.

5)      In France, she was christened Marianne, a popular christen name which underlined the idea of a people’s nation her characteristics were drawn from those of liberty & the Republic the red cap, the tricolour, the cocked. To popularise the symbols, the states of Marianne were erected in public squares.

6)      Similarly, Germania became the allegory of the German nation. In visual representation, Germania wears a crown of oak leaves, as the German oak stands for heroism. 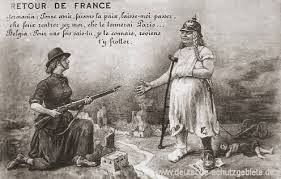 Q. 5. What changes did Napoleon introduce to make the administrative system more efficient in the territories ruled by him? (CBSE March 2012)

Ans:-
1)      Napoleon introduced the Napoleonic code which did away with all privileges based on birth, established eq1uality before the law and secured the right to properly.

2)      In many parts of Europe like in the Dutch Republic Switzerland, Italy and Germany, he simplified the administrative divisions abolished the feudal system that freed peasants from serfdom and manorial dues.

3)      Napoleon removed the guild restrictions from the towns.

4)      He laid stress on infrastructure i.e., transportation, communication and the banking system. These new reforms were appreciated by the peasants. Workers, businessman. Traders and even by the common people.

DISCUSS
Q.1. Explain what is meant by the 1848 revolution of the liberals.  What were the political, social and economic ideas supported by the liberals? (CBSE March 2011)

Ans.
1)      It was the revolt which was led by unemployed workers, peasants and educated middle class.

2)      Events of February 1848 in France had brought about abdication of the monarch and a republic based on universal male suffrage had been proclaimed.

3)      The changes in France inspired men and women of the liberal middle classes of Germany. Italy, Poland, Austria and Hungary to fight for national unification.

4)      The liberals took advantages of the unrest prevailing in the society. They demanded the creation of nation state on parliamentary principles, freedom of the press and freedom of association.

1)      The liberals demanded the creation of a nation-state on parliamentary principles.

3)      Serfdom and bonded labour were abolished in most of the European countries due to the efforts of the liberals.

Q. 2.    Choose three examples to show the contribution of culture to the growth of nationalism in Europe.

To understand the role of culture in arousing the feeling of nationalism, let us take the example of Romanticism, a cultural movement which sought to develop a particular for of nationalist sentiment.

Romantic artists were against the glorification of reasoning, and science, and focused on emotions, institutions and mystical feelings. They wanted to share a collective heritage and a common cultural past as the basis of a nation.

Culture played an important role in arousing the spirit of nationalism in Poland, also which had been partitioned at the end of the eighteenth century by the Great Powers – Russia, Prussia and Austria.

Even though Poland no longer existed as an independent territory national feelings were kept alive through music and language. Karol Kurpinski, for example, celebrated the national struggle through his operas and music, turning folk dances like the polonaise and mazurka into nationalist symbols.

Q. 4.    How was the history of the nationalism in Britain unlike the rest of Europe?

Ans.
1)      No revolution- In Britain  the formation of the nation was not the result of sudden upheaval or revolution. It was the result of long drawn our process, whereas in most of the other European nations, revolution was responsible.

2)      Different cultures:  The spirit of nationalism occurred in Britain in spite of many change groups like English, Wells, Scot of Irish whereas in most of the other European nations people belonged to some ethnic group.

3)      Role of parliament:  The English parliament, which has seized power from the monarchy, was the instrument through which the nation state came into existence, whereas in other European countries kings or other national heroes played a major role in the formation of a nation state.