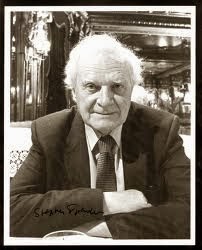 SOURCE OF THE POEM

‘An elementary classroom in a slum, a perfect social satire is taken from the book  “The God That Failed”. It was first published in 1949.

THEMES OF THE POEM 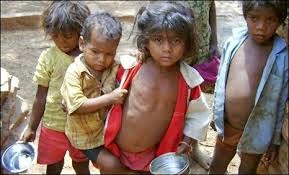 Stephen spender exposed the very inappropriateness of a school in a slum. In a slum where the children live in filthy environment; where they do not get food to assuage the fire of hunger; where the suffer from malnutrition; where their childhood is at stake; where life is like of a savage animal, educations seems to prove futile. He strongly hints at all round development of the slum people. A child must be free from hunger, malnutrition and all other adversities simultaneously.

In his poem Stephen spender showed how socially, economically and politically deprived children become a symbol of inequality. These children suffer the pang of poverty. Their innocuo0us children are malnutritioned, sick and devoid of child like tenets. The words like ‘fog’ filthy’ emanate that poverty along with the filthy atmosphere is their ultimate fats. 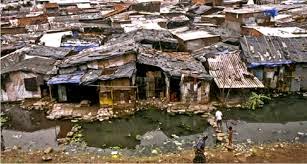 3. THE PICTURE OF INEQUALITY –

Since time immemorial inequality is a common tenet in society. But here Stephen Spender has reflected inequality in a distinct way. As if the deprived and exploited ones are living in a different world, a  world devoid of peace, solace, optimism, and bright future. Here lies ‘fog’, ‘slag heap’, and it is similar to doom. There is no reference of the slums in the maps. The maps are meant for the rich. The poet here sarcastically exposes the dirty side of our society.

Stephen Spender in the last stanza desires for a better world  for the slum children with all optimism. He gives a call to the governors, doctors, teachers to impart their duty as a sensible and responsible citizen. Whatever puts obstacles in their way to their complete freedom must be broken and they should given the atmosphere to merge with the mainstream of the society. They must be taken out from the filthy slum and must be allowed to behold the clear blue sky, fresh sea beaches, and green fields. They should be given the opportunity to learn and be wise. They must have the freedom of expression which will lead them towards and complete freedom. 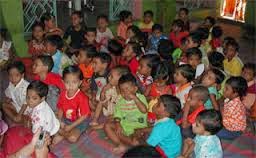 The total poem is of 32 lines and divided into 4 equal stanzas of 8 lines. The poem does not have any particular rhyme scheme and is written in free verse. We find extensive use of alliteration, personification, Inversion, enjambment, symbolism and imagery.

The children living in the slums are far away from free blowing of wind. They are referred as rootless and considered weed. This reflects how less important and out of the world these slum children are. They have pale faces on which uncared hair locks are visible. In the first two lines the poet shows a painful and defected picture of the slum children. Then the poet talks about a tall girl. By the girl the poet meant that she is older than other learners of the school. Her head is stooping which shows she is out of the proper association and other way she has already been affected by the harsh reality of stern life with poverty. Then the poet talks about a boy who is very thin (paper seeming). His being thin talks about malnutrition. He is having bulging eyes like the rats signifying his ill physical state. They boy is born with twisted bones which indicates the disease of knots that he inherited from his father. Then the poet talks about a sweet and young boy who is sitting at the back of the class room. He is ‘sweet and young’ signifying that still the boy is devoid of the harsh and rude touch of filthy slum. The words ‘dim class’ hints at a classroom which is dull and uninteresting. A child’s  innocuousness can be found in him when we find him dreaming about the squirrel. 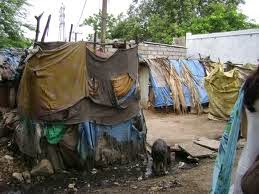 `           In the second stanza the poet talks about the unpleasant walls of the classroom. It reflects a classroom without attractions. On the wall there is the picture of irrelevant Shakespeare. In the picture we can visualise big buildings of the civilized world and the picture shows cloudless town. It distinctly reflects the difference between foggy and filthy slum to those of beautiful clean cities. The picture shows us buildings having bells and flowery Tyrolese valley of Austria. Then the poet talks of the map makers who on self will did bring changes to the map they gave world the shape and it was done on their will. But for the children their world is not the world shown in the map, rather their world is what they see out of the school classroom window. Their world, the small arena of the slum is painted with fog symbolising dark future, their word finishes in a narrow street which is almost covered with greyish, under and unhealthy sky. Their world is far from natural places like rivers, capes and stars of words.

There is no relevance of the picture of Shakespeare to these slum children. And the map delineating the world is of no good use to them. When the world map shows ships, the sun and talks of love, they get leveled 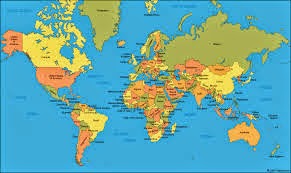 and get tempted to steal. These these things have no importance because their world changes unknowingly from cramped holes to fog to endless dark future. This shows their lives are meant for nothingness. The children of the slums are found with bonny and skinny physic to wonder on the heaps of waste. They wear spectacles which seem to be the bottle bits on stones. They do not have any holiday from there hellish slums. Their whole day and whole life revolves around the filthy foggy slum. These slums are like duly blots on the map of the wealthy and so called civilized people.

This stanza acquaints us with an optimistic note the poet here urges to the governors, inspectors and visitors to come for war and eradicate all the hindrances which put these innocent children the filthy and dark world of slums. The poet urges them to make the map their window and to abolish ‘there window’s’ which turn their lives like shut catacombs. This situation must be changed; the chain which abounds them in this life must be broken. We must lead them in a world where they will be hold green fields, where they will walk free on blue waves falling on gold sands. They poet also urges their freedom to speech and they must be introduced with the world of knowledge and wisdom. The poet ends with line where he states that they make history who are inspired by the strength and noble features of the sun. 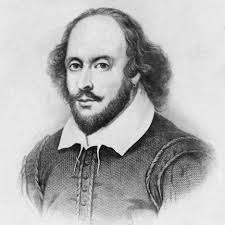