Question 1:
Give two reasons why the population of London expanded from the middle of the eighteenth century.


Answer :
1)
In the middle of the eighteenth century London had turned into a magnet city for the migrant population .The prime reason was of course economic security. Almost every kind of job was available there in London. Jobs like labour, artisans, clerks , dockyard jobs , industry related jobs were abundant which attracted people from almost every part of London.

Question 2:
What were the changes in the kind of work available to women in London between the nineteenth and the twentieth century? Explain the factors which led to this change.


Answer :
Significant had been the changes in case of the work for women between the nineteenth and twentieth century. A transition can be noticed in the works of the women .This transition was due to technological advancements which turned out to be reason of the women’s losing jobs in the industries. Now women started to work from their households. Some women started to lodging out of doors even to earn .Some engaged themselves into works like tailoring, washing or making matchboxes.


Question 3:
How does the existence of a large urban population affect each of the following? Illustrate with historical examples.
(a) A private landlord
(b) A Police Superintendent in charge of law and order
(c) A leader of a political party


Answer :
(a) The first and most important thing the flow of urban population needed was shelter, place to stay. This created the opportunity for the private landlords. They used the opportunity and increased the rates of the rent .In this way the landlords profited to the utmost. 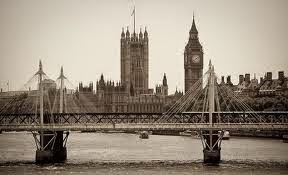 (c)  With the increase in the population basic needs of the people turned out to be burning social issues. Political parties highlighted food, water, jobs, housing etc as the prime issues of the people and attracted the attention of the common mass. Besides, the common mass was annoyed by the brutal suppression by the police and rose to rebellion in 1887 which is known as Bloody Sunday .Thus political leaders mobilized common mass when they needed but paid no heed to the basic needs of the common people.

Question 4:
Give explanations for the following:
(a) Why well-off Londoners supported the need to build housing for the poor in the nineteenth century.
(b) Why a number of Bombay films were about the lives of migrants.
(c) What led to the major expansion of Bombay’s population in the mid-nineteenth century?

Answer :
(a) With the Industrial Revolution a lot of people started to teem in every parts of London .Factory and workshop owners did not make any arrangements for the workers .Instead they built cheap tenements for the workers which were cheap and inappropriate for living .As the condition of the tenements were poor and unsafe the factory and workshop owners supported the need to build housing for the poor on the following grounds –

1.       The tenements being of one room had the lacuna of sanitation and proper ventilation.
2.       Those tenements were not fit to protect against fire and cold.
3.       Total London turned out to be a dirty city. To clean the city there were demands to make a good housing.


(b) As Bombay was made the chief of western port in place of Surat , many migrants flocked there from the different parts of India .Migrants from Lahore, Calcutta, and Madras came and contributed in the film Industry of Bombay .To give a real touch , films were made on real characters of the migrants. It dealt with the fascinating dream and the harsh reality of life . 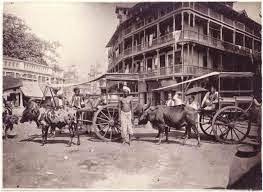 (c)  The following are the reasons for Bombay’s expansion –
Firstly—
Bombay became the capital of Bombay Presidency after Anglo Maratha war. And with the increase in opium and cotton trade city quickly expanded as large communities of traders, bankers, artisans and shopkeepers came to settle in Bombay.

Secondly--
Textile mills are other reasons for the increase in migration. In the year of 1854 the first textile mill was established and by 1921 there were total 85 cotton mills which employed near about 146000 workers.


Railways turned out to another reason for the migration to Bombay. Bombay had been the junction of two major railways .So a lot of people surged to Bombay.