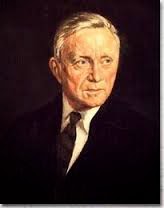 DEEP WATER
A NEAR DEATH EXPERENCE

The author presents a very pitiable helpless state when he encountered death at close doors. When he was thrown in the V.M.C.A. pool by a big bruiser of a boy, he could envisage his ultimate fight. Though he was in the utmost state of tepidity he did not look his senses. He planned that when he would reach at the bottom of the pool he would jump with all his might and come on the surface and then paddle to the edge of the pool. But in the meantime he felt as if his heart would burst. He tried but he could not reach the surface of water. He could not. He swallowed water and felt paralysed. He tried again but he felt dizzy and slowly he felt blackness and everything turned peaceful. At last he was saved.

DEEP WATER
AN EMBODIMENT OF DILIGENCE

The author with strong deter4mination v owed to overcome water. He had a lot of hindrances to do so. He got his fear coming back every now and then. He took the aid of an instructor who taught him in steps and brought back his confidence and courage. He tried everywhere he could to overcome his fear. He practised hundreds of times every move and fought with his hydrophobia. 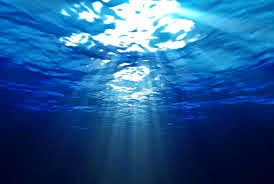 There is no iota of doubt that to win over the fear, the best method is to face the fear and fight with it.  “Deep water” strongly rings that idea. The author did not get away from his fear. Though water had been the reason of his death experience he decided to face it and ultimately won over it. 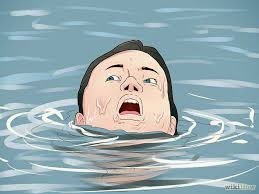