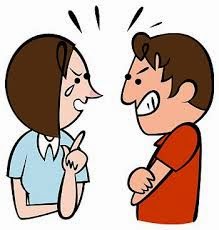 I quarrelled with my brother
I don’t know what about,
One thing led to another
And somehow we fell out.
The start of it was slight,
The end of it was strong,
He said he was right,
I knew he was wrong!
We hated one another.
The afternoon turned black.
Then suddenly my brother
Thumped me on the back,
And said, “Oh, come along!
We can’t go on all night—
I was in the wrong.”
So he was in the right.

After the quarrel, they started to hate each other and the afternoon turned out to be black one. Then her brother took the initiative to assuage the quarrel. He thumped on the back of her and said that he was wrong and they should not go on fighting anymore. And thus he did the right work at last.

Working with the poem

1.      With your partner try to guess the meaning of the underlined phrases.

Ans- Fell out – to succumb to temptation or sin.

Ans- changed into a sad and pessimistic one.

Discuss with your partner what these lines mean.

Ans:      i) Quarrel went on from one topic to the other
ii)    The beginning of the quarrel was very slight.
iii)  The quarrel ended in harshness.
iv)    The total afternoon became bad and sad. 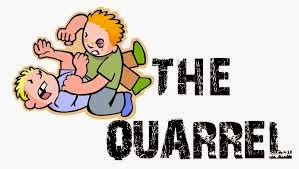