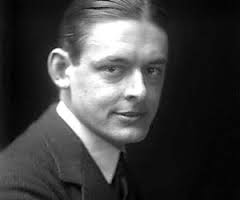 MACAVITY MYSTERY CAT
ABOUT THE POEM

Macavity is an immortal creation by T.S. Eliot. He describes him as ‘the mystery cat, ‘the hidden paw’ and Napoleon of crime. T.S. Eliot created the poem after he got inspired by the character of Professor James Moriarty of Sherlock Holmes.

Macavity's a Mystery Cat: he's called the Hidden Paw—
For he's the master criminal who can defy the Law.
He's the bafflement of Scotland Yard, the Flying Squad's despair:
For when they reach the scene of crime—Macavity's not there!

Macavity is mysterious because he is obscure to all of us. He is described as hidden paw because he does accomplish all the works of crime in complete secrecy. To justify that he is a criminal he defies law. Even the Scotland Yard and flying squad are unable to catch him, and thus Macavity is the reason of failure and hopelessness for the police agencies. Whenever there is a crime discovered Macavity is not to be found there.

Macavity, Macavity, there's no one like Macavity,
He's broken every human law, he breaks the law of gravity.
His powers of levitation would make a fakir stare,
And when you reach the scene of crime—Macavity's not there!
You may seek him in the basement, you may look up in the air—
But I tell you once and once again, Macavity's not there!

Macaviity is unparrelal. He is the unique one. He is a master in breaking the laws made by the humans. He even breaks the law of gravity with his agile and astounding jump. When he jumps, he floats in the air which makes even a fakir (known for supernatural abilities) look in a startled way. Searching Macavity will give futile result, you may search him in the basement or in the air but you are not going to find him. 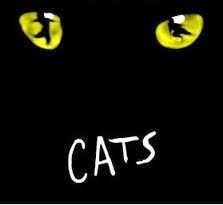 Macavity's a ginger cat, he's very tall and thin;
You would know him if you saw him, for his eyes are sunken in.
His brow is deeply lined with thought, his head is highly domed;
His coat is dusty from neglect, his whiskers are uncombed.
He sways his head from side to side, with movements like a snake;
And when you think he's half asleep, he's always wide awake.

Macavity is a ginger colour cat who is thin and tall with sunken eye. You can recognize him when you see him with brow lined with deep thought. He is never careful about his dress. His coat is dusty with neglect. He even does not comb his whiskers. When he moves with caution he moves his head like a snake from left to right and vice-versa. If you think that Macavity is half asleep you are making a mistake. He is always wide awake.

Macavity, Macavity, there's no one like Macavity,
For he's a fiend in feline shape, a monster of depravity.
You may meet him in a by-street, you may see him in the square—
But when a crime's discovered, then Macavity's not there!

According to the poet macavity a is a devil in the shape of a cat. He does not have any value of morality. He is master in moral corruption. You may meet him by chance at the by- street or in a square but you must be sure that when there is a crime Macavity is not be found there. 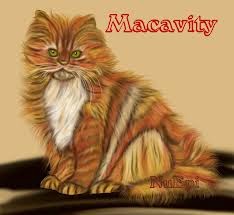 Working with the poem

Ans:- In reality, Macavity is not at all a cat. T.S. Eliot has very skilfully woven the total poem reflecting a super criminal in the form of a cat. Here the cat is just a representation of the master criminal.

Ans:- T.S. Eliot did not mean Macavity as a cat. He just has given a poetic form using the cat. He wanted to refer to a criminal who is ferocious and very intelligent one. He has referred Macavity as ‘Napoleon’ (In the full poem) and his reference is made with Professor Moriarty , the famous villain of the ‘Sherlock Holmes”.

i)      A master criminal is one who is mysterious; who is unreachable to the Police and who is not found in the scene of crime.

ii)    The Scotland yard is baffled because it never gets any clue of Macavity.

iii)  Flying squad is unable to arrest Macavity because Macavity moves much faster than them.

3. ‘A cat, I am could walk on a cloud without coming through’ (Jules Verne)
Which law is Macavity breaking in the light of the comment above?

Ans:- In the light of the comment above Macavity breaks the law of gravity.

4. Read stanza 3, and then describe Macavity in two or three sentences of yours over.

Ans:- Macavity is a ginger colour cat. He is tall and thin and you can recognize him by his eyes which are sunken; deeply lined brow and highly doomed head. He never takes care of his dress. His coat is dusty with neglect. He never combs his whiskers. Like a snake he moves his head side to side. You will make a great mistake if you think him to be asleep. He is always wide awake.

5. Say false of true for each of the following sentences.

(v) Macavity is a spy, a trickster and a criminal, all rolled in one. 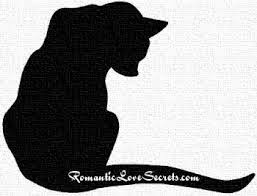 6. Having read the poem, try to guess whether the poet is fond of cats. If so why does he call Macavity a find and monster?

Ans:- The poet is mesmerized with the skill and intelligence of Macavity. His fast movement, master criminal mind, his ability to be-fool the police force made him fond of the cats despite its devilish tenets. He calls him a monster because he has broken the laws and has accomplished a lot of criminal offences.

7. Has the poet used exaggeration for special effect? Find a few examples of it and read those lines aloud.

Answer- Indeed the poet has used hyperbolic statements .The following lines are the examples -

i)      ‘’His power of levitation would make a fakir stare”
ii)    ‘’He is the bafflement of Scotland yard, the flying squad’s despair.”


iii)  ‘’He is a friend is feline shape, a monster of depravity.