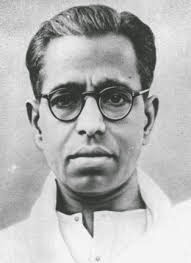 The Tiger king –
A satire to ruling class 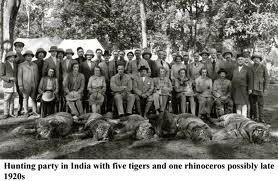 ‘The Tiger king’ presents humorous accounts of the king’s assay to sweep out the tigers. He does so because of the prophecy made by the astrologers about his death. Here the ruling class has been mocked as the king though brought up in the most advance environment could not shun the superstitious thoughts and be rational. The king’s being lunatic to kill the tigers shows an irresponsible ruler. The pleasures of kings in most of the cases never benefited the common mass and often resulted to be insensible.

The tiger king
An example of dramatic irony. 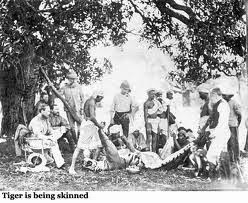 The story ends in a dramatic irony. The story began with a prophecy that the king is supposed to die because of a tiger. The story arouses our interest henceforth. A rigid king to prove the prophecy to be a futile and wrong one launched himself into the expedition of hundred tigers with daunting determination. Though he was successful to engrave ninety nine tigers, he got stuck for the last one. Eventually the hundredth tiger was also killed indirectly which took a dramatic twist at this juncture. The king gifted his son a wooden tiger which was not skilfully furnished. It resulted in infection which required the deadly operation resulting in the fulfilment of the prophecy.

The tiger king –
a reflection of the reason of the extinction of tigers.

Indeed, vivid is the portrayal, exposing one of the reasons for the extinction of the tigers. The kings kept themselves busy in fulfilling their personal pleasures and not the well being of the subject. They took killing tigers as a sport and turned out to be the reason of demise a lot of tigers leading to the extinction of tigers.

The Tiger King –
courtiers are nothing but sycophants

The tiger king shows that a wacky king was supported by a group of sycophants. They never tried to guide the king on proper way rather thought of saving their life and job. They worked hand in hand to fulfil the king’s pleasure of killing hundred tigers irrespective of the fact whether it was rational or justified. 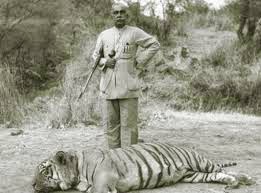 1.  ‘’All those who are born will one day have to die. We don’t need your predictions to know that. There would be some sense in it if you could tell us the manner of that death”.

The above quoted lines are a mock to the prophecy stated by the astrologers. The infant king spoke out which made us feel humorous about the further proceeding. This even spoils the very gravity of the story. The young king makes a folly to what the astrologers said. The kid’s philosophical way of reflection that man is mortal prepares us for some more goofy incidents.

Here the king tried to vindicate this effort of killing tigers. He had decided to bring an end to the tigers. This assay was of course to shield himself from a superfluous damage from tiger. Extermination seemed to him to be the only way to get rid of the possibility.

This brings a new turn to the story. Tigers are going to be the reason for the death of the king. This was what we got to know in the prophecy. But how many? The chief astrologer presented a number which ruled the king’s next a few years in expeditions. The astrologer chose hundred, but it could have been more than that. However the king took this as truth and ventured for hundred tigers.

5,   ‘’I have killed the hundredth tiger. My vow has been fulfilled.”

After a long search the king got his hundredth tiger (though it was arranged by the Dewan). But out of excitement the king did not even check whether he was really successful in killing the hundredth tiger of not. He proclaimed in utter mirth about his being successful over his vow. Here the author showed the trick of thoughts. Tiger no. 100 was not killed by him and his demise was also not accomplished by any real tiger.

6.   “The three surgeons who performed it came out of the theatre and announced. ‘’The operation was successful. The maharaja is dead.”

These concluding lines in the story are the most incongruous one as the three surgeons announced the operation to be a successful one. Though the operation was successful, they were unable to save the king. And thus the author with a twist at the end justified the prophecy. 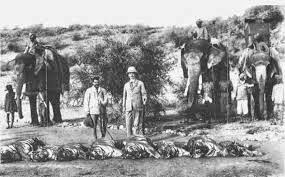