The whole story revolves around the two kids, Aram and Mourad and a conflict between their fanciful desire of riding a horse and to do justice to the reputation of their tribe which was famous for honesty. The Garoghlanian tribe is known for their unparallel honesty. And being the members of Garoghlanian Tribe they had stolen a horse and had kept for long only to fulfil their desires. But when the owner of the horse John Byro declined his own horse only for the fact that both the boys  belonged to Garoghlanian Tribe, mourad and Aram felt the pricking of conscience and decided to return the horse back to its owner and do justice to the name and fame of their tribe.

The story “the summer of a beautiful white horse” is indeed appealing to us because of the two characters that are a bit crazy. They do not show affinity with the common people. Uncle khosrove is one who always keeps himself furious in temper, irritation and impatience and always talks in roaring- It is no harm’; pay no attention to it.” One incident makes us giggle when we get to know that when his house was on fire even, he said not to pay any attention and it is no harm. Another crazy is Mourad. To fulfill his desire he dared to steal the horse and like uncle khosrove goes on saying “I have a way with ..............” .He is caring and daring too. His confrontation with John Byro and at last his returning the horse put him a bit aside from others with difference. 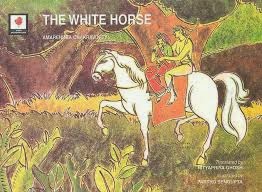 This story acquaints us with Garoghlanian Tribe of Armenia. They are famous for their honesty. In terms of honesty they are the wealthiest tribe in the world. But in terms of money they are nothing. They go through what we know commercial poverty. They do not have any perfect and fixed earning source. Yet they meet the regular necessities of life. They themselves are even amazed with the fact. The story revolves around the two boys – Mourad and Aram who stole a horse against the reputation of their tribe. They realized the fact and to protect and sustain the reputation of the tribe decided to return the horse to the owner sacrificing their desire.

1. “I knew my cousin Mourad enjoyed being alive more than anybody else who had ever fallen into the world by mistake .....”

=    This line shows the very unique character of Mourad. He does not belong to this world. Somehow by chance he has fallen into this world. He enjoys his life to the utmost in his own way and does not have any affinity with other normal people. 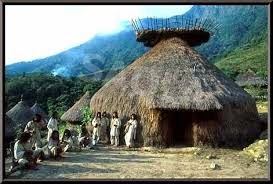 2. “Every branch of the Garoghlanian family was living in the most amazing and comical poverty in the world.”

=    Garoghlanian families are very poor. They go through the pangs of poverty. They do not have any perfect caring source yet they meet the necessities of life. They are amazed how they manage food for them. Even the old members of the Garoghlanian Tribe also do not know how they manage to feed themselves.

3. “It would not become stealing until, we offered to sell the horse, which of course, I knew we would never do.”

=    Here the lines show a justification of stealing of the horse. The horse had been taken only for fulfilling their amusement and not for the purpose of selling. Hence it cannot be called a stealing. They just have taken the horse for a bit of time and after their excitement goes over they will return it.

4. “I leaped to the back of the horse and for a moment knew the most awful fear imaginable. The horse died not move.”

=    After the successful ride Mourad, it was the turn of Aram. As promised by Mourad. He gave the opportunity to his cousin Aram to ride. But Aram had no skill or experience in riding a horse. He got up the horse but it did not move. Aram had no idea now to kick on the muscles of the horse to get it moving. He had a horrible fall next. 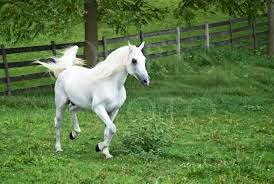 John Byro got accidentally an encounter with Mourad, Aram and his horse. He could not believe his eyes as he saw the horse. He found the Xerox of his horse. He checked the teeth. He could feel to his heart that that was his horse. But he could not trust his heart as he had more trust on the parents of them who belonged to Garoghlanian Tribe, famous for honesty.