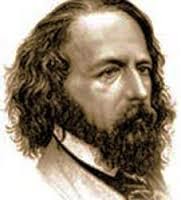 Ø  The brook starts from those places which are often visited by the coot and hern (heron). The brook emerges suddenly in this hilly area. It moves through the ferns and sparkles when the sunshine reflects the crystal clear water. And when the brook moves creates a lot of noise.

This stanza is an account of the brook’s flowing through different areas. The poet has created wonderful imageries when we read the brook flowing by thirty hills, slipping between ridges (long narrow hills), twenty villages, a little town and fifty bridges.

Poetic Devises in use – 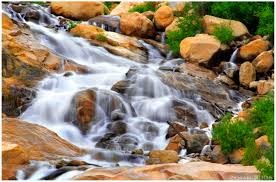 The poet here tells us about the merging point of the brook. The brook joins an overflowing river here Philips farm is symbolised as a land mark of the ending of the journey of the brook. Last two lines are the refrain bearing the main theme of the poem. The brook is ever flowing, eternal without ceasing whereas we, the men are ephemeral. We shall not live forever. We are subject to decay, decline and death.

Poetic – Devices in use

The brook goes on the stony path creating chattering sounds. It makes sharp high pitched sound when the brook clashes on the side banks of the land. It makes bubbles when it falls from height in the spiral movement. When it moves on the pebbles it creates soft pleasing sound. 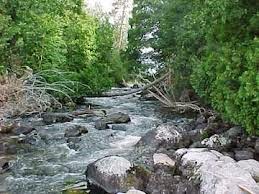 The brook moves on taking many curves and creates rough and unpleasant sound on the banks of the brook. The brook moves through many field and uncultivated lands. The brook goes through the foreland i.e. the land just before the merging point. The poet describes the land to be fairy land as with flowers and beautiful plants like willow and mallow it looks so.

The brook on its way had lots of ups and downs and in its winding movement it often falls from height and goes in deep water and comes out to continue to flow. The brook carries blossoms on its way. Along with the brook there go a lot of fishes like lusty trout and grayling.

Poetic Device in use:

The brook carries fishes, foams and flowers with it to join the brimming river. And then the refrain comes meaning the eternal state of the river to that of transient one of humans.

Poetic device in use:

The brook secretly moves though the grassy plots and lawns and moves swiftly by the bushy hazel trees. The brook shakes and sweet forget – me- not flowers which grow for happy lovers.

Poetic – Devices in use.

The brook moves along making different movements like slipping, sliding, moving through darkness and so on. And there we find swallow birds to skim on the surface of the water for food. The brook waves create a net like structure on which the sunshine sparkles and it seems to us as if the sun beams are dancing.

At night under the moon and stars, the brook goes on moving creating murmuring sound through the natural land where thorny bushes grow. The brook often lingers because of the stones on the way. The brook water moves purposelessly around the plant named cresses. 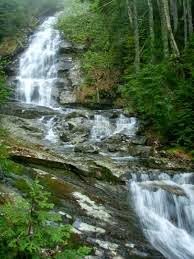 Poetic Device in use

After facing the obstacles the brook again takes a curve and starts flowing to join the brimming river. Last two lines refer to the refrain meaning the eternal state of the brook and transient state of the humans.

Poetic Device in use.