WORKING WITH THE TEXT

A. Answer the following questions.
1. Why did Taro run in the direction of the
stream? (5)

Answer-Taro had been busy in chopping .He had an ardent desire to work harder and earn a bit more so that he could buy sake for his old father .But suddenly he heard the sound of a stream flowing. He had no knowledge about a stream in that area. He was thirsty even .So to discover the fact and to quench his thirst he ran to the direction of the stream.

2. How did Taro’s father show his happiness after drinking sake? (7)

Answer-To the contrary to his expectations, Taro’s father got the tasty sake brought by Taro from the magic stream .With delight he drank the sake and was elated to the utmost. His shivering body got a little relief and he stopped quivering .He was so happy that he danced in the middle of the floor.
3. Why did the waterfall give Taro sake and others water? (12)
Answer-Taro had some virtues which made him simple, innocent and thoughtful. His thoughts were from the core of his heart. When he reflected thoughtfully about his father’s pitiable condition and desired to do the utmost to arrange sake for his father, the magic took place..The waterfall produced fine sake instead of cold water.

4. Why did the villagers want to drown Taro? (10, 11)
Answer-Hearing the story of Taro, all the villagers reached the stream next day. But they found waterfall producing only cold water. They went furious thinking that Taro cheated them with a false story. Out of fury to punish Taro, they wanted to drown him.

5. Why did the Emperor reward Taro? (13)
Answer-The noble act of Taro inspired the emperor. Taro’s care love and duty to his parents inspired him to reward Taro. He wanted to encourage the all other children of the country to follow the noble tenets of Taro. He wanted them to be kind, caring and loving to their parents. 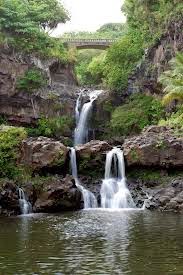 (i) he didn’t work hard enough.
(ii) the villagers didn’t need wood.
(iii) the price of wood was very low.

Answer-(iii) the price of wood was very low.

(i) to live a more comfortable life.
(ii) to buy his old father some saké.
(iii) to repair the cracks in the hut.

Answer-(ii) to buy his old father some saké.

3. The neighbour left Taro’s hut in a hurry because

2. “This, said the emperor, was to encourage all children to honour and obey their parents.”
‘This’ refers to

A young woodcutter lived on a lonely hillside. He
was a thoughtful son who worked hard but earned
little money. One day he saw a beautiful
waterfall hidden behind a rock. He tasted the water and
found it delicious. 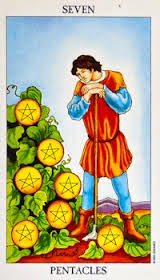 2. Find these sentences in the story and fill in the blanks.
Answer-
(i) This made Taro sadder than ever. (3)
(ii) He decided to work harder than before. (3)
(iii) Next morning, Taro jumped out of bed earlier than
usual.(4)
(iv) He began to chop even faster . (4)


(v) Next morning, Taro started for work even earlier than the morning before. (10)