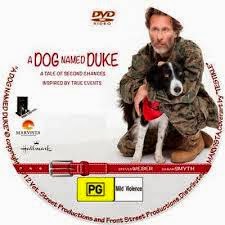 In the story Duke was a Doberman pinscher. It was of 23 kilos. It was a big one with violent and agile behaviour.

Characteristics of a Doberman Pinscher

A DOG NAMED DUKE – A STORY OF Inspiration.

Nothing is impossible if one is determined and diligent enough to achieve the same. This story is the strongest embodiment of the idea. Chuck Hooper with a partially paralysed body and with the help of an intelligent dog won over the Mount Everest. Humanity is based on hope. Chuck Hooper turned hopeful with a little move initiated by Duke. And that infused in him the very strength of mind which with diligence brought him back to the normal world.

A DOG NAMED DUKE
---Duke, more than a dog

Indeed the responsibilities accomplished by Duke spontaneously without any lethargy is what we even do not find in a human. He performed more than what we expect from a dog. His realisation of chuck’s adverse physical state kept him away from taking jumping from. His daily intelligent pulling did the gigantic task possible. His waiting for his master to get in balanced state and getting up from exhaustion strongly exemplify his intelligence beyond a dog.

A DOG NAMED DUKE
A STORY OF EXTREME DILIGENCE

Diligence is the key to success. This is well reflected in the story ‘A Dog Named Duke`. If you are not stuffed with extreme determination and do not go for utmost hard work you are not going to be able to defeat a disease like paralysis. Chuck Hooper with the help of his dog Duke made it possible. And the key was diligence. They reached to the extreme of their physical limit. Chuck Hooper challenged himself by keeping his target one by one and reaching to those.

Ans”- Before 1953 Hooper was endowed with positive aspects in life. A six foot one, strong, energetic and competitive Hooper was the zonal sales manager in a chemical company earning handsome. Devoid of any adverse hindrances in life, Hooper had a blissful life going with his wife Marcy, the super dog, Duke, the Doberman pinscher.

Q.b) They said that they would create a desk job for Hooper at headquarters.

Ans:- Here they are referred to the co-workers of chuck Hooper’s chemical company. After the fifth week of chuck’s accident they came to the hospital to acquaint him about company’s stand for him about his sudden state of illness.

ii) Why did they decide to do this?

Ans: - When the position holders of the company got to know about his being partially paralysed, they were in a perplexed state. A sales manager needs to move around for enhancement of company’s business, but Hooper was no longer in that situation. So they had to come to a conclusion about Hooper. So, they decided to inform Hooper about creating a desk job at the head quarters.

Q.c. Duke was an extraordinary dog. What special qualities did he exhibit to justify this?

Ans:- The is no iota of doubt that Duke was an exceptional and amazing dog. He had eccentric characteristics. He knew the fact that Hooper was not normal any more. So he never jumped he made Hooper walk everyday as if he controlled him. He was intelligent enough to walk and stand for his master. He used to wait for the master’s breath when the master used to collapse in exhaustion. He was no less than a human who knew his work very well and with excellence.

Q. d. What problems did chuck present when he returned to the company head quarters?

Ams: With unprecedented effort Chuck turned his target into reality which was beyond the wildest dreams of the company people. But chuck declared to work only an hour a day. This created a trouble to company. A sales manager working only an hour a day and no moving out does not meet company’s expectation. But it would be an in human matter if he is said that, he was unfit for company’s requirements. So, the company was in a state of duality whether to honour his effort of revival or discard him on realistic ground.

Q.e. Why do you thing Charles Hooper’s appointment as Assistant national sales manager is considered to be a tribute to duke?

Ans:- After the accident of chuck Hooper, the very existence of him was at risk. He was left as an object. His skills at work, his success as a sales manager, everything seemed to create bafflement for him. It was impossible for chuck Hooper to revive unless Duke helped. Duke’s tireless effort made chuck to stand on his feet and regain his authority in life and profession. But the very unexpected demise of Duke made everyone doleful. When the letter of promotion reached it was considered to be a tribute to Duke because it was Duke’s dedication and sacrifice saved Chuck physically and professionally.