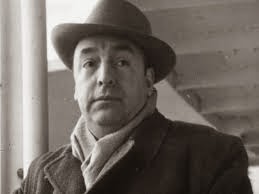 KEEPING QUJIET –
A piece of introspection and retrospection

with a sole message to keep ourselves quiet for a moment Pablo Neruda hints at a state of equilibrium where without any movement without any activity we shall get a chance to introspect within ourselves about our views, and activities whether we are right or wrong, true or false. The poet here hints at to introspect to work for unity, peace, and universal brother hood. He even asks us to retrospect i.e. to look back at our past events and thus evaluate for good. We only get an opportunity to introspect or retrospect when we find ourselves in the state of being quiet. 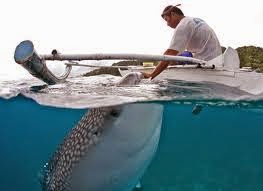 The poet has solicited here that we must cease all our activities and be quiet for a moment and come under one umbrella of silence breaking the differences we possess.He gives us a call to break the barriers of enmity,  every creed, caste, religion and country and get united to introspect ourselves and despise all negativities and empty for a better world.

Pablo Neruda urges us to not consider keeping quiet to be total inactivity but keeping quiet is a state we do the most precious act i.e. introspection retrospection and take a right decision. He even urges inactivity not to be confused with death. He rather gives us a call to think above our single mindedness. We should stop a while and put aside our possessiveness and narrow minded thoughts.

A message of  peace and a scorn to tyrants and war mongers.


Pablo Neruda with his symbolical implications urged us to unite for good and he even made sarcastic indirect comments to those war mongers, and oppressors and invited them to abscond their negative acts and introspect for better values. He symbolically presented the fishermen to be the oppressors and whales as the innocuous people. Then he presented the salt gatherers representing the lower section of the society who are the victims of several works that damage themselves. The poet gave a call to those war mongers, the people who do green wars, wars with gas and wars with fire to cease their brutal work and think positive. 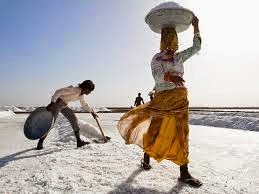 “Now we will count to twelve
and we will all keep still.
”

“For once on the face of the earth,
let's not speak in any language;”

The poet here urges everyone to break the barriers of language and unite with one invisible tune i.e. silence. With the word ‘earth` the poet hints at all the humans living devoid the identity of country creed and caste. Though language is the identity of a country or race, he affirms that humans are more important and the identity of being a human of earth is broader realization.

“let's stop for one second,
and not move our arms so much.”

The poet here urges to stop for one second. Here ‘second’ presents the tiniest part of time calculation. He ushers us to keep ourselves off for at least one second from the negative aspects. Here ‘arms’ is with dual meaning. He apparently indicates ‘arms’ as our hands engaged in several activities and at the same time refers to the weapons we use for destruction.

Poetic device in use

1)  Arms – Pun    1) Meaning one – hands
2)  Meaning two – Arms (weapons )
“It would be an exotic moment
without rush, without engines;
we would all be together
in a sudden strangeness.”

We are always on move. We are all busy in accomplishing our work and go on rushing in our lives. The poet even urged to stop engines (referring industrial works causing harms to environment) . The poet urges us to stop our personal activities and stop engines and unite in one tune i.e. silence. The poet declares  silence as exotic because this silence will make us blissful, strange and will bring complete equilibrium.

“Fisherman in the cold sea
would not harm whales
and the man gathering salt
would look at his hurt hands.”

`If we be still, we shall be able to introspect the mistakes and wrongs done. Here fishermen are the representatives of all kinds of tyrants and killers. The poet wants, them to cease their work and realise their mistakes. The salt gatherer is explained as the representative of poor and lower section of the society. They go up to any level to earn their livelihood and often hurt themselves irreparably.

“Those who prepare green wars,
wars with gas, wars with fire,
victories with no survivors,
would put on clean clothes
and walk about with their brothers
in the shade, doing nothing.”

The poet here condemns the people with green wars (biological weapon or creators of pollution) and wars with fire (Atomic war) . They become victorious but with no survivors left. The poet mocks at the victory of those people who get victory over destruction. The poet asks them to leave the path of destruction and join the group of silence. He urges them to put on white (symbolising – purity and serenity) clothes. And walk with others doing nothing (meaning anything negative and doing self introspection)

“What I want should not be confused
with total inactivity.
Life is what it is about;
I want no truck with death.”

The poet here warns us that his message of silence should not be confused with total inactivity or inertia. He further clears that his message does not have any affinity with death even. His message is aimed at the way of living. He wants us to stop a while and feel the tranquility so that a positive introspection is done.

“If we were not so single-minded
about keeping our lives moving,
and for once could do nothing,
perhaps a huge silence
might interrupt this sadness
of never understanding ourselves
and of threatening ourselves with death.
Perhaps the earth can teach us
as when everything seems dead
and later proves to be alive.”

We human beings are single minded. We are always busy in achieving our goals, completing personal responsibilities. And we never stop a while to evaluate ourselves and understand ourselves. We never understand that we shall never be able to come out of these desires and achievements. If we could stop a while from these using we would have understood the real purpose of our lives and ourselves. Rather we go on with the fear of death calculation how much of our dreams and wishes will be achieved.

Poetic devises in use

“Now I'll count up to twelve
and you keep quiet and I will go.”

In conclusion the poet taught us through the example of earth which at one season may look as if dead but comes back with life in another season. Likewise our life will also bear certain meaning when we walk on the right path i.e. introspecting in silence. In the last two lines the poet leaves us to introspect as if he himself has gone through the same.