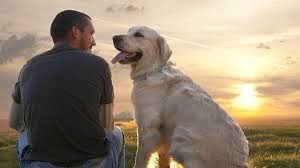 1. Why did the dog feel the need for a master?

Ans: For two reasons the dog felt the need for a master. Firstly, he was feeling sick wandering alone through the forest in search of food.

Secondly, he was afraid of those animals that were stronger than him. So he thought if he serves to a stronger animal than him, then he need not to get frightened of anybody.

2. Who did he first choose as his master? Why did he leave that master?

Ans: While searching for the animal stronger than him he met a kinsman of his ,a big wolf. He chose the wolf as he was strong as well as fierce. But one day in the forest the wolf got afraid of a bear and had hidden himself deeper into the forest. At this the dog understood that the wolf was not the strongest animal. So he left the wolf.

Ans: When the dog discovered that the wolf was afraid of the bear and had been stronger than the wolf, he left the wolf and pleaded the bear to be his master. The bear agreed and said. “Let us go and find a herd of cows. I’ll kill a cow and then we can both eat our fill.”

Ans: When the dog found that the lion had been the strongest of all animals, he chose to be the servant of the lion. And he stayed with him for a long period. It was long because it was indeed a good life and he had nothing to complain about. There were none stronger than the lion and no one dared touch the dog or offended any way.

5. Who did he finally choose as his master and why?

Ans: After staying for a long time, one day the lion on his way suddenly stopped and gave a great roar and struck the ground angrily and made a hole and began to back away. On questioning the lion showed his fear towards human and said to run away or they’ll be in trouble. At this the dog realized that humans are the strongest and he should choose a man to be the master. 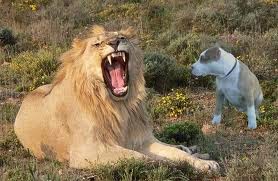 B.   A summary of the story is give below. Fill in the blanks to complete it taking appropriate phrases from the box.

This is the story of a  a dog ,  who used to be his own master. He decided to find a master stronger than anyone else. First he found a wolf, but the wolf was afraid of the bear. The dog thought that the bear was the strongest of all. After sometime the dog met a lion, who seemed the strongest. He stayed with the lion for a long time. One day he realized that the lion was afraid of man. To this day, the dog remains man’s best friend.

A.   Each word in the box given below indicates a large number of …………….for example, a herd of cows’ refers to many cows.

Complete each of the following phrases with a suitable word from the box.