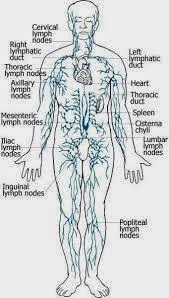 1) Name the components of the formed elements in the blood and mention one major function of them?

Components of formed elements are –

4)   What do you mean by double circulation? What is its significance?

5)   A) Difference between blood & lymph

6) Why do we call our heart myogenic/

Cardiac impulse originates in the heart itself at a patch of modified heart muscles Impulse spreads over the heart via modified cardiac muscle cells. Heart removed from the body continuous to beat if given nourishment & proper condition.

7) Sino– atria node is called the pacemaker of our heart why?

The S.A. node is located in the wall of sign auricle slightly below the opening of the super venacava. It has a unique property of self excitation which enables it as to act as the pacemaker of the heart. It spontaneously initiates waves of contraction which spreads over both the auricles more or less simultaneously along the muscle fibers that fan out from the pacemaker.

8) What is the significance of atrio- ventricular node and atrio – ventricular bundle in the functioning of heart?

11) What is the importance of plasma proteins?

The circulatory system is of two types = open & closed
In open circulatory system the blood is pamped out by the heart passes through large vessets inter open. Opaces or body cavities called sinses
It is preson in Annetids & chordahes
All vertibrakes balue muaculor heart pink poses 2 chamber
Hear omphibio have 3 chamber heart w.m 2 atria and one ventricte Reptiles excpt crocodile have 3 chambered with 2 arial & one vintrice.

Ventricle within pumps out mixedblood. This iscalled incomplete double circulation

13) Draw a standerd ECG & explain the different segment in it

1) pwave :    is a small upward wall that represent electrical excitation or the arial depatasexation which leads to entracise of both the aria (arial contraction) It is caused by the activation of SA Node . the impulses of contrasis starts from SA note & spread throughout the atria.

2) QRS wave – begins after a freaction of second of the pure . it begins as a samall downward deflection (Q) & continues as large upstages ® & triangular wave, ending as downward wave(s) at its base . It represents ventricular depolarization.