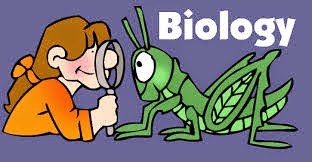 The kidneys have built in mechanisms for the regulation of glomerular filtrations rate. One such efficient mechanism is carried out by juxta glomerular apparatus (JGP). It is special sensible region formed by cellular modifications in the distal convoluted tubules & the afferent arterioles cells to release their which was stimulate the Glomerular blood flow & thereby the GFR back to normal.

8) Indicate whereas the following statement is true or false

a) Maturation is carried out by a reflex
b) ADH helps in water elimination making the urine hypotonic
c) Protein free fluids filtered from blood plasma into Bowman’s capsule.
d) Henle’s loop always plays an important role in concentrating the urine
e) Glucose is actively reabsorbed in the proximal convoluted tubule

5) What is meant by the term osmoregulation?
It is the maintenance of fixed osmotic concentration inside the body cells & the extracellular fluids by controlling the amount of water and salts.

Mammals, many terrestrial amphibians and marine fishes mainly excrete urea and is called ureotelic animals. Ammonia produced by metabolism is converted into urea in the liver of these animals & release into blood which in filtered & exerted out by the kidneys. Some amount of urea may be retained in the kidney matrix of some of these animals to maintains desired osmolarity reptiles, birds, land snails& insects excrete nitrogenous waste as uric acid in the form of pellet or paste with minimum loss of water & are called uricotelic animals

a) A chordate animal having flame cell as execratory structures  Ans. – Amphioxus
b) Cortical portions projecting between the medullar pyramids in human kidney Ans – Columns of bertin
c) Loop of capillary running parallel to henry’s loop Ans – vas rectum
Fill in the blanks

9) Give a brief account of the counter current mechanism.

10) Describe the role of liver, lungs & shin in excretion.

Role of liver – urea is formed in the liver which is eliminated through kidneys liver cells also degrade the hemoglobin of worn out red blood corpus ells into bile pigment (bilirubin & biliverdin) liver cells also excrete cholesterol, certain products of steroid hormone some vitamin. Liver secrets these substances in the bile. The bile carries these substances to the urethra & is poured out with penis.

Role of lungs- human lungs regularly remove about 18 lit of co2/hour & about 400 ml of water/day in normal resting condition. Water loss through the lungs is small in hot humid climate & large in coed dry climate. These Co2 & water (both are metallic wastes reduced during oxidation of food is the cells) are removed in via lungs.

Role of skin– In aquatic animals’ ammonia is mainly excreted out into the surrounding water by diffusion through the skin. Human skin has two types of glands:

Sebaceous glands – secrete as oily or wax like secretion called sebum. It helps the spin oily. Sebum removes some lipids like waxes stereos, other hydrocarbons & fatly acids from the body.

The expulsion of urine from urinary bladder is called micturition. It is a reflex process but in grown up children & adults, it can be controlled voluntarily to some extent –

Function of Para – sympathetic nerve – The stimulation of this nerve causes contraction of detrusor muscle and relaxation of the internal spintcher leading to emptying of the urinary bladder. So the parasympathetic nerve is called the nerve of emptying or serves of micturition.

12) What is the significance of juxtraglomerulor apparatus (JGA) in kidney function?

Secondly it stimulates the adrenal glands to release a hormone called aldosterone that reduce the distal convoluted tubule to absorb more Na+ & H2o.