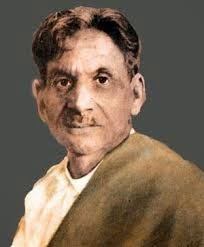 a) Who was Ali? Where did he go daily?

Answers-Ali popularly known as Coachman Ali was a skillful hunter in his youth .With devoted serenity born of hope and faith, he used to visit post office daily. Five years ago his only daughter Miriam got married then he understood the importance of relation between a daughter and father. Owing to the absence of affection from the part of his daughter he felt strong feeling for his daughter and that is why he used to visit office regularly without any fail in the hope of getting a letter.

2) “Ali displays qualities of love I patience” – Give evidence from the story in support of their statement.

Answer-For solitary Ali it was impossible to follow a strenuous routine but the strength of patience and hope borne of his daughter helped him to do so. His daily attendance to the post office and taking a seat at the corner of the post office with a innumerable patience avoiding the sarcasms of the post office officials and other peons reflects his patience for the apparently trifling letter. His daily return in empty hand bearing the harsh and extreme weather and his collapsing figure shows his love for his daughter. 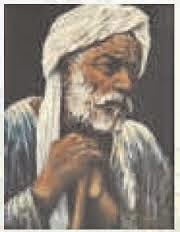 3) How do you know Ali was a familiar figure at the post office?

Answer-In spite of the superannuated physic of Ali took the hardship of appearing himself in the post office without a fail in the last 5 years. He used to occupy a particular seat at the veranda .He used to be fooled by the clerks and the postmen and used to be maltreated by them regularly. This had been a regular scenario for the last 5 years. Automatically Ali had been the most common and most anticipated figure in the post office.

4) Why did Ali give up hunting?

Answer-A pole asunder change had ushered in the life of coachman Ali at the very juncture moment i.e. after the marriage of his daughter. A sudden emotional feeling of care stirred the life of coachman Ali. Pricking of affection caused him leave hunting and to hover around the post office in the hope of receiving a news of his daughter. Hunting had turned into a distant memory. 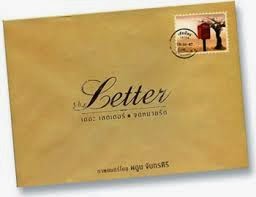 5) What impression do you form of the post master after reading the story the letter?

Answer-The character of the postmaster is a transmission of experience into innocence. The haughty, cold, indifferent post master ultimately changed into a touchy, Mild, kind, sympathetic father. His evaluation about coachman Ali to be pest and proclaiming him to be a mad ultimately changed with the realization of the fatherly pain under a pitiable circumstance. At the end of the story we find the postmaster reproaching himself for failing to understand the ache of the fatherly heart of coachman Ali.

6) The postmaster says to Ali, “What a pest you care, brother!” Do you agree with the Statement? Give reason for your answer.

Answer-In Ali’s prospective he had never been a post but his regular presence to the post office and asking for his letter everyday which never comes made the postmaster annoyed. Out of uncontrolled rage the post master commented such. Nobody could apprehend Ali’s pierced heart. It was not known to them that Ali had been the poor person lacking the affection of his daughter.

7) Why were Ali’s eyes filled with tears of helpless? What had exhausted his patience but not his faith?

Answer-After the absence of several days Ali had turned up to post office with a special cause. He wanted to make sure his letters presence to him either dead or alive. When he asked for his daughter’s letter to the postmaster, the Postmaster being annoyed behaved rudely with Ali. This maltreatment had hurt Ali painfully and he could not hold his anger.

8) Who is tortured by doubt of remorse? Why? What is he waiting for?

Answer-The purified postmaster is tortured by doubt of remorse. He is utterly in the morose state.

The daughter of the postmaster was critically ill in the next town and on receiving no answer from his daughter his fatherly heart had the same feeling of coachman Ali i.e. the feeling of remorse. In the early dawn the postmaster experienced an uncanny incident, but on knowing the news of Ali’s death he was in complete dilemma about the credibility of the incident. So he was in doubt.

He is waiting for his daughter’s letter. His daughter  is ill in the next town.