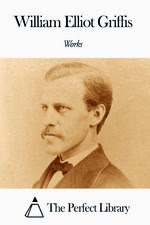 Ans.     Under the influence of envy and greed, the immoral old couple wanted to take the advantage of the lucky dog when they heard the fortune brought by the dog. They allured the dog into the field. They found a dead kitten where the dog scratched and pawed. Out of fury, the wicked old couple killed the dog and put into the hole.

(i) The old farmer and his wife loved the dog.

(a) because it helped them in their day-to-day work.
(b) as if it was their own baby.
(c) as they were kind to all living beings.

(ii) When the old couple became rich, they

(a) gave the dog better food.
(b) invited their greedy neighbours to a feast.
(c) lived comfortable and were generous towards their poor neighbours.

Answer:  (i) The old farmer and his wife loved the dog.-(b) as if it was their own baby.

(ii) When the old couple became rich, they-(c) lived comfortable and were generous towards their poor neighbours.

Q.1.     The old farmer is a kind person. What evidence of his kindness do you find in the first two paragraphs?

Ans.     Indeed, the old farmer was a kind person. He loved his dog as if it was his own baby. He fed it with tid bits of fish and boiled rice with his own chopsticks and all they could. The old man made cushion with blue crape for its comfort. He was kind to everything had life. He often dug up a sod on purpose to give food to the birds.

Ans.     One day when the farmer was working in the field, the dog came to the old farmer, putting its paws against his legs and motioning with its head to some spot behind. He ignored it considering this to be its playful behavior. But when the dog persistently kept on whining and running to and fro, the farmer followed it. The dog scratched a particular place of the ground. The farmer thought of a bone or bits of fish buried there and therefore struck his hoe and found a pile of gold.

Ans.     The spirit of the dog through the dream asked the farmer to cut down the pine tree over its grave, and make from it a mortar for rice pastry and a mill for bean sauce. The farmer followed the instruction on New Year; the farmer’s wife had put the boiled rice in to the mortar to make rice pastry. But before baking, the whole mass turned into heap of gold coins. Likewise when beans were put into the mill, gold started to drop as if rain droplets. In a moment the whole tub was filled with gold bits.

Ans.     The dog appeared in the dream of the old man and acquainted him how the wicked old couple had burned the hand mill and the spirit of the dog asked him to take the ashes of the mill and sprinkle on withered trees to make them bloom. The old man did the same and found with happiness that words of the spirit were true. The bare cherry tree in his garden spouted blossoms when a pinch of ash was sprinkled on it. Later, he was rewarded by the Daimio for making an old withered cherry tree blossom once again.

Q.4.     Why did the Daimio reward the farmer but punish his neighbor for the same act?

Ans.     The Daimio was overwhelmed by the magical show of the farmer and rewarded the farmer. To get the reward like the old farmer his wicked neighbour also sprinkled ashes on the withered tree to bloom into blossom. But, this time the result was adverse. The tree did not turn into blossoms. And the wind blew the dust into the noses and eyes of the Daimio and his wife. This was the reason why the wicked old man was punished.