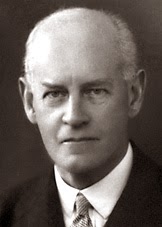 ·          He is one the excellent novelists and playwrights of all time

Ans.     The author considered Mr. Gessler to be  a person of high reverence as a boot maker. For Mr. Gessler boot making was not merely a job but a dream work. He never made boots without an order. And the boots he made never failed to fit. The author utterly influenced by Mr. Gessler’s perfect boot making considered his work to be mysterious and wonderful.

Ans.     As Mr. Gessler was a perfect boot maker, his boots were long lasting one and rarely got damaged. So, one need not to visit his shop often to make boots. So was the case with the author. A true admirer of Mr. Gessler’s work, the author visited his shop infrequently as his boots made by Mr. Gessler lasted long.

Ans.     Once the author remarked that one of the pair of boots that Mr. Gessler made creaked and created discomfort to him. In utter disbelief Mr. Gessler looked at him for a time without replying as if expecting him to withdraw the statement. Then in a dejected state asked the author to send the boots back and if he could not do anything to those boots, he would repay his money.

5. What was Mr. Gessler’s complaint against ‘big firms’?

Ans. Mr. Gessler grudged against the big firms for they got customers by advertisements and not because of the quality boots. On the other hand Mr. Gessler who made perfect boots and knows the work better than anybody, did not have customers and had to suffer from loss of customers.

Ans.     When the author turned up to the shop of Mr. Gessler with a pair of boots bought from a big farm, Mr. Gessler narrated how those big firms were snatching away all his customers and how he, a perfect boot maker had to suffer for no work. Being compassionate the author decided to order many pairs of boots though he did not require them. Only one would last for long.