Once upon a time a frogCroaked away in Bingle BogEvery night from dusk to dawnHe croaked awn and awn and awnOther creatures loathed his voice,But, alas, they had no choice,And the crass cacophonyBlared out from the sumac treeAt whose foot the frog each nightMinstrelled on till morning nightNeither stones nor prayers nor sticks.Insults or complaints or bricksStilled the frogs determinationTo display his heart's elation.But one night a nightingaleIn the moonlight cold and palePerched upon the sumac treeCasting forth her melodyDumbstruck sat the gaping frogAnd the whole admiring bogStared towards the sumac, rapt,And, when she had ended, clapped,Ducks had swum and herons wadedTo her as she serenadedAnd a solitary loonWept, beneath the summer moon.Toads and teals and tiddlers, capturedBy her voice, cheered on, enraptured:"Bravo! " "Too divine! " "Encore! "So the nightingale once more,Quite unused to such applause,Sang till dawn without a pause.Next night when the NightingaleShook her head and twitched her tail,Closed an eye and fluffed a wingAnd had cleared her throat to singShe was startled by a croak."Sorry - was that you who spoke? "She enquired when the frogHopped towards her from the bog."Yes," the frog replied. "You see,I'm the frog who owns this treeIn this bog I've long been knownFor my splendid baritoneAnd, of course, I wield my penFor Bog Trumpet now and then""Did you… did you like my song? ""Not too bad - but far too long.The technique was fine of course,But it lacked a certain force"."Oh! " the nightingale confessed.Greatly flattered and impressedThat a critic of such noteHad discussed her art and throat:"I don't think the song's divine.But - oh, well - at least it's mine"."That's not much to boast about".Said the heartless frog. "WithoutProper training such as I- And few others can supply.You'll remain a mere beginner.But with me you'll be a winner""Dearest frog", the nightingaleBreathed: "This is a fairy tale -And you are Mozart in disguiseCome to earth before my eyes"."Well I charge a modest fee.""Oh! " "But it won't hurt, you'll see"Now the nightingale inspired,Flushed with confidence, and firedWith both art and adoration,Sang - and was a huge sensation.Animals for miles aroundFlocked towards the magic sound,And the frog with great precisionCounted heads and charged admission.Though next morning it was raining,He began her vocal training."But I can't sing in this weather""Come my dear - we'll sing together.Just put on your scarf and sash,Koo-oh-ah! ko-ash! ko-ash! "So the frog and nightingaleJourneyed up and down the scaleFor six hours, till she was shiveringand her voice was hoarse and quivering.Though subdued and sleep deprived,In the night her throat revived,And the sumac tree was bowed,With a breathless, titled crowd:Owl of Sandwich, Duck of Kent,Mallard and Milady Trent,Martin Cardinal Mephisto,And the Coot of Monte Cristo,Ladies with tiaras glitteringIn the interval sat twittering -And the frog observed them glitterWith a joy both sweet and bitter.Every day the frog who'd sold herSongs for silver tried to scold her:"You must practice even longerTill your voice, like mine grows stronger.In the second song last nightYou got nervous in mid-flight.And, my dear, lay on more trills:Audiences enjoy such frills.You must make your public happier:Give them something sharper snappier.We must aim for better billings.You still owe me sixty shillings."Day by day the nightingaleGrew more sorrowful and pale.Night on night her tired songZipped and trilled and bounced along,Till the birds and beasts grew tiredAt a voice so uninspiredAnd the ticket office grossCrashed, and she grew more morose -For her ears were now addictedTo applause quite unrestricted,And to sing into the nightAll alone gave no delight.Now the frog puffed up with rage."Brainless bird - you're on the stage -Use your wits and follow fashion.Puff your lungs out with your passion."Trembling, terrified to fail,Blind with tears, the nightingaleHeard him out in silence, tried,Puffed up, burst a vein, and died.Said the frog: "I tried to teach her,But she was a stupid creature -Far too nervous, far too tense.Far too prone to influence.Well, poor bird - she should have knownThat your song must be your own.That's why I sing with panache:"Koo-oh-ah! ko-ash! ko-ash! "And the foghorn of the frogBlared unrivalled through the bog. 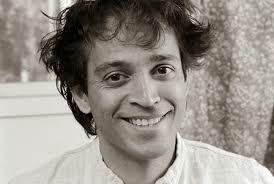 10. A. How did the creatures of Bingle bog react to the nightingale's singing?

Answer-The creatures of bog were dumbstruck and gaped with the supernormal deliveries of the melody by the nightingale. Being enraptured all the animals acclaimed along with a loon crying. Ducks had swum, herons had waded and others being elated urged for some more  melodies from the nightingale .

10. B. Which are the different ways in which the frog asserts his importance?

Answer -The frog geared up by professional jealousy tried to present himself to be a person of scholarly qualities in various ways. He first infiltrated into nightingale’s life as a critic of her melody. Then he had an assay to be a teacher of the nightingale. In presenting himself as a teacher he took the shelter of falsehood. He stated himself as a cognizant composer of the bog and one of the rarest of all prolific musicians. 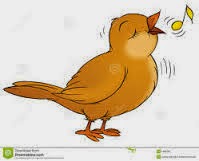 10.e. How did the frog become the unrivalled king of the bog again?

Answer- The wicked frog with the abominable evil target first entrapped the innocuous nightingale presenting himself ostensibly a true master. The frog hence forth crushed the natural singing ability of the nightingale and made her a wretched one. Under uncomparable and physical pressure the nightingale succumbed to death. And the frog successful in his devilish target remained unrivalled in the bog.

11.a. Bring out the irony in the frog's statement - 'Your song must be your own'.

Answer -A double faced was the frog when he uttered the quoted line .Like a pretending magi he ascertains the fact which is the ideal one. And on contrary the frog did practice the opposite with the nightingale. He himself had been the tyrant who tormented the nightingale physically and mentally and crushed the natural singing ability of the nightingale due to professional jealously. He led the nightingale on changing her singing and hence his comment is an ironic one.

Answer –No, the end is a discrepant and negative one. Hence the poet has presented a morose ending. Here innocence is crushed in the tyrannical hand of the frog. The nightingale meets the horns of death and it seems that darkness is winning over truth. But the poet to impart an implied massage about the present socio-economic scenario and the crushing of innocents like nightingale every now and then has dedicated the poem.

11. c. Do you think the nightingale is 'brainless'? Give reasons for your answer.

Answer- It is going be a harsh thing to say that the nightingale is brainless. The nightingale, a worthy possessor of the sweetest voice, is truly an intellectual one.

The nightingale got tormented in hand of the frog only because she is innocent and simple. But she was truly with brain because her melodious voice influenced even the tiniest creature of bag. Hence the nightingale was a bird who had been the victim of wicked frog and not a brainless one.

11.d. In spite of having a melodious voice and being a crowd puller, the nightingale turns out to be a loser and dies. How far is she responsible for her own downfall?

Answer- The nightingale is to some extent responsible for her own down fall. Apart from the fact that the wicked frog entrapped her and crumpled her voice into a  hoarse one, it was for her much innocence and simplicity  she could not get off of the trap of the frog.

11.e. Do you agree with the Frog's inference of the Nightingale's character? Give reasons for your answer.