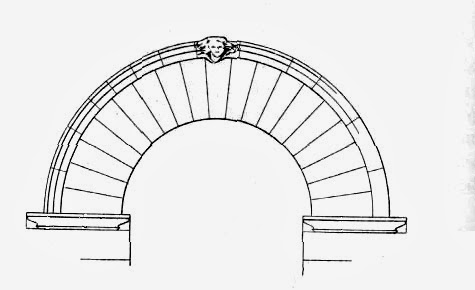 THE TALE OF MELON CITY -
A HUMOROUS TALE

Skillfully woven, ‘The Tale of a Melon City’ caters ludicrous activities. From Alpha to omega of the poem we feel ourselves transported to the land of the bird brains. The just and placid king’s chase to find the culprit shows whimsical nature of the king. We are fully prepared for the nonsense happenings when we see, the king’s assay to punish the arch. Nincompoops ere the ministers and the king himself when we see the hang of the king. The process to choose the next king highlights and satires indirectly the foolishness of incompetent people. At the end a melon’s being king giggles us to the core but leaves us thoughtful even for subject of the country are happy for a melon, an object which could give them “Laissez Faire”.

THE TALE OF  MELON CITY
SOURCE AND STRUCTURE Ans:     The just and placed king once had a desire of building an arch across the thoroughfare to edify the spectators. Workmen with great agility constructed the arch. With an effervescent heart he tried to pass through the arch. But his crown struck the arch and the king lost his crown. Furious at the disgrace he ordered the chief of the builder’s hang. But the chief of the builders blamed the workmen for this. The workmen proclaimed the mason to be guilty for the wrong brick size. The mason even brushed off the blame blaming the architect. The architect put king in dilemma as the last correction was of the king’s. The king  called for the wisest man to decide the guild. The old man ridiculously blamed the arch. But the arch was not punished as the arch touched the king’s head. But the king assumed the nerve of the public. As the public wanted a hang the king ordered for a hang without any guilt. This proved boomerang for him. He was eventually hanged. His mutton head ministers decided to choose the next kings an awkward way i.e. whoever would first cross the gate, would choose the king. It so happened that a mad entered and he chose a melon as the king. And from then a melon ruled and the common people enjoyed complete freedom as the king melon endowed them “Laissez Faire”.

2.         What impression would you form of a state where king was just and placid?

Ans:     It seems that the state which is ruled by the king is the abode of fools. The king is flaky and capricious. The king considers himself as the one for whom the subjects are to be ruled like the ignorant. His desire of an arch is promptly fulfilled by the subject. But he seems to be whimsical when he chased them to punish. As if he is the law and his wish is command, he dictates the death sentence. His ministers are like claques who flatter the king and keep their self interest in sound state. The common masses are illiterate and crazy. They are to enjoy a hang and they can go rebel if they are deprived of it. They are boorish and do not care who is being hung, even if the person is  the king. They do not care whether they are ruled by a king. What they care is their self interest. They want their self freedom, the facility to do any business and irenic life.

Ans:     Peace and liberty will be the outcome of a few key factors in running a state.
A transparent and responsible administration free from partiality and corruption will perpetuate peace. A well proven administrative system where there are no unlawful activities and where service to people is of most priority and delivered with ease; where grievance will be at lower stake and people will maintain trust on state and will work collaboratively, are what to be the priority. First priority must be to educate every child so that future rulers are wise, strong, and capable to heighten the civilized sensibility. A state must be free from all negative dogmas. Superstitions, blind religious hatred, favouring particular creed and caste must be matters of trash bin. A state must be run by democratic process where there is no scope for tyranny and autocracy. 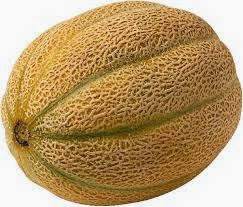 4.         Suggest a few instances in the poem which highlight humour and irony.

Ans:     “The tale of melon city” is best understood for its irony and humour.

Humour – The king decides to make an arch across the thoroughfare to edify the spectators. He creates a humorous scene when he dashes with the arch and loses his crown.

-The king is of the mind of punishing the guilty that made the faulty arch. His chasing one after another and their excuses and blaming the king indirectly presents a ludicrous show.

-When the wisest man is called, his conclusion of pointing the arch to be the culprit and their assay to hang it, giggles us.

-we cannot but grin when we find the king to be the fittest person for the hang.

-The process of choosing the new king and melon as the king creates utmost humour in us.

-The king who desired for a hang to punish the guilty, gets hanged for the public wanted a hang.

-The wise man was selected because he was old and he could not see anything and points the arch to be the guilty and should be hanged without any precision.

-The ministers chose a king on basis of a fool’s choice. i.e. a melon. And all accepted without bothering whether the king was human or not.