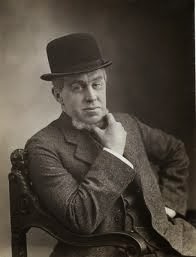 BISHOP’S CANDLESTICKS AS A RELIGIOUS DRAMA

There is no iota of doubt that “Bishop’s Candlesticks” unfolds inherent characteristics of Christianity. A bishop unfolds what it really means to be a Bishop. Compassion, love, being benevolent etc. are the key facets which are skillfully woven by the author. Kindness to all irrespective of class, creed and status is what goes as the bottom line. The convict wrapped in devilish thoughts and a true atheist turns into a true believer of Christianity. 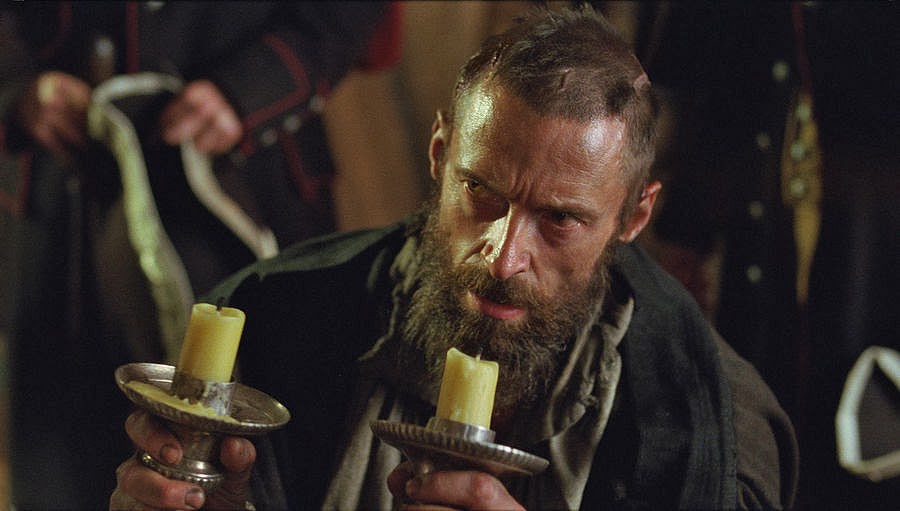 a) Do you think the Bishop was right in selling the salt sellers? Why/why not?

Ans.     Aptly Bishop was right in selling the salt sellers. Being benevolent is the true nature of a bishop. Indeed, the Bishop acted as a true helper to Mere Gringoire in spite of Persome’s ill feeling towards her. “Service to people is service to god” has been justified when mere Grengoire, who had been in dire need of money, was helped by the Bishop. He sold the silver salt sellers to help Mere Gringoire.

Ans:-    Persome is pole asunder to her brother in characteristics. She never approved her brother’s habit of being philanthropist. She even had a notion that people exploit her brother as a Bishop. They misuse the bishop’s simplicity, innocence and honesty. People are of the habit to call the bishop unnecessarily pretending to be sick. They never think about the troubles of Bishop. 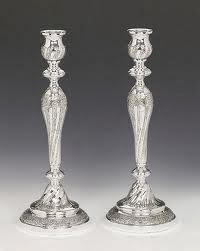 C ) Who was Jeanette? What was the cause of her death?

Ans:     Jeanette was the better half of the convict. Once, the convict and his family suffered from acute starvation. There had not been any work for the people. As a result the wife of the convict fell ill. Compelled by the situation, the convict had no other option but to steal. He was caught and put in the jail. And his wife died due to sickness caused by starvation.

d) The convict says,.”I am too old a bird to be caught with chaff” What does he mean by this statement?

e) Why was the convict sent to prison? What was the punishment given to him?

Ans:     In a dire state of starvation the convict and his family had been suffering. When his wife fell seriously ill, the convict could not keep his head and stole food to save his wife. As a consequence he was caught and brought before the court of law.

The authority did not concur with his feelings and reasoning and convicted him for stealing. The authority punished him for ten years. He was ordered to stay as a prisoner in a prison hulks.

f) Do you think the punishment given to the convict was justified? Why/why not?

Ans:     Considering the moral ground, the convict should have not been punished. Though there is no denying that every criminal must be punished in the court of law, the convict cannot be called as a criminal in true sense. The adverse condition the convict had been suffering from, constrained him to steal food to save his wife. He must have been pardoned considering the situation of his stealing food. 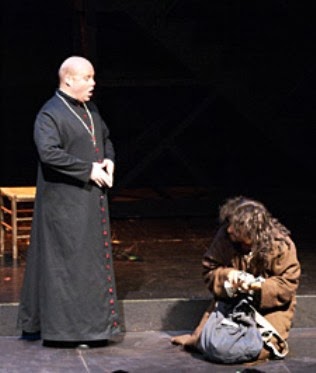 g) Before leaving, the convict asks the Bishop to bless him, what brought about this change in him?

Ans:     Indeed, the drama adduces a transformation of an atheist into a theist. The convict at the beginning proclaimed his hatred and strong dislike towards church and preaching. But, the Bishop, with simple messages like, kindness, sympathy, love soothed his sore heart and brought back human sensibilities in him. At the end the Bishop showed the highest level of mercy and compassion and made him feel the power of love and mercy. His journey to Paris was a new beginning to him. To walk on the new path for a better life, he thought blessing from the Bishop would do him good.